State comes to the aid of farmers to eradicate tsetse flies

The residents will benefit from mass spraying and sensitisation programmes. 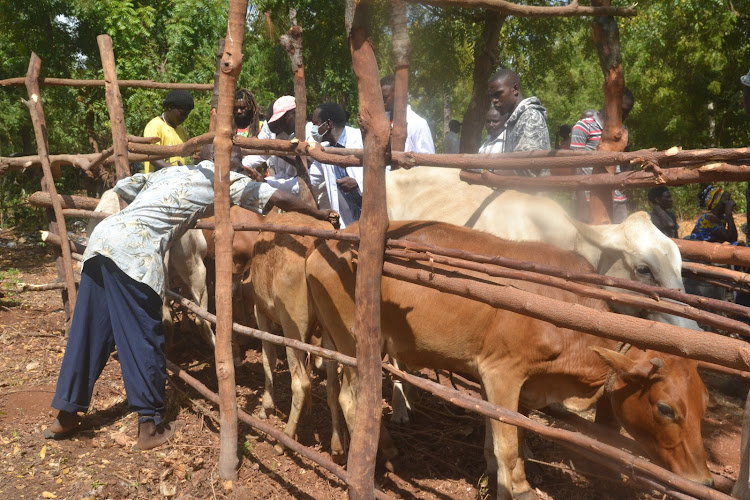 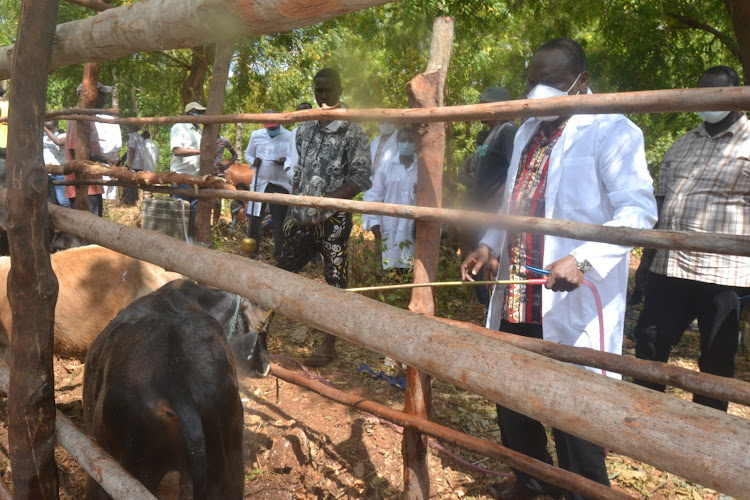 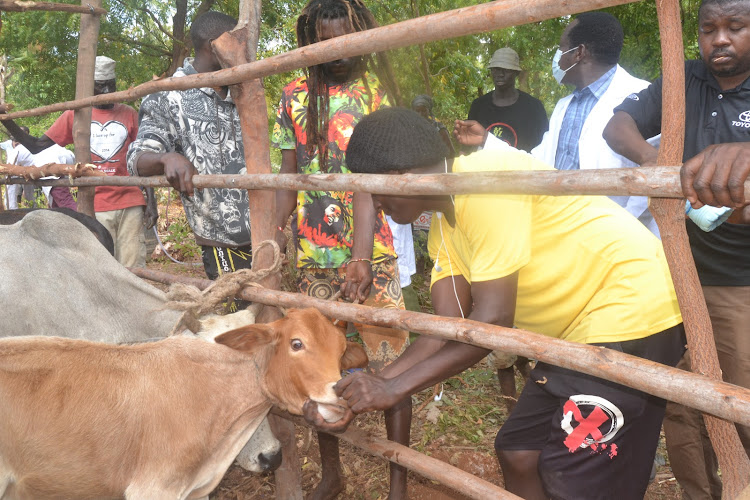 A livestock farmer from Kajajini prepares his cattle to be treated by vetenary doctors from KENTTEC during a mass spraying and testing program aimed at eradicating tsetse in the country
Image: ALPHONCE GARI 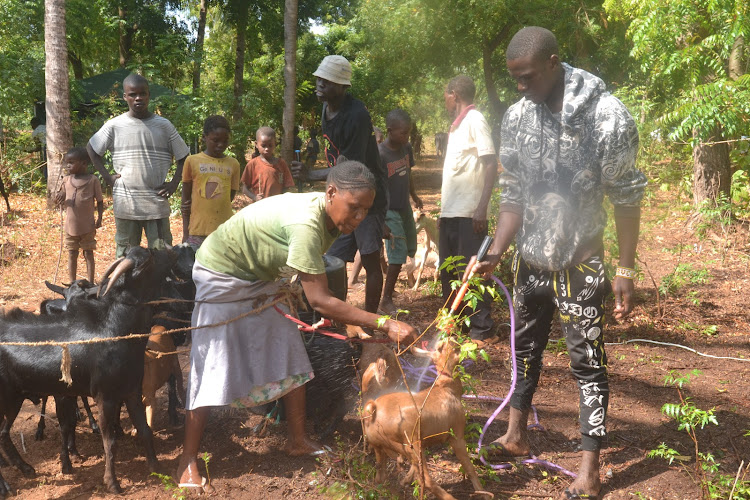 The Kenya Tsetse and Trypanosomiasis Eradication Council has intensified the war against tsetse flies.

Kenttec has conducted mass spraying of animals while sensitising the community on better practices.

Authorities said 38 counties, including the 14 drought-hit counties, have been affected by the tsetse flies, which are a threat to the animals.

Currently, the organisation is conducting mass spraying and testing in the coastal region which has been highly affected.

Kenttec board chairman Robert Monda said the exercise is going on in Kilifi, Tana River and Lamu counties with a view to eradicating the disease which affects both human beings and animals.

Speaking at Kajajini area in Malindi after launching mass spraying of animals, Monda said the government was keen to eradicate the tsetse flies menace.

“We are urging the county governments to come on board and allocate funds since agriculture is devolved," he said.

"We as Kenttec will provide expertise and technicians to guide the farmers and build capacity to ensure the flies menace is completely done with.”

In May, he said they were in Kwale county and sprayed both livestock and wildlife, and they intend to cover all the coastal counties.

“Farmers need to benefit from the sensitisation and interventions we provide and we believe we have the capacity to do that since we possess the technical knowhow,”he said.

He said by helping in eradicating the flies, they will help both animals and human beings to be healthy.

Monda said they had one case of a patient with sleeping sickness in Busia county who completely healed after treatment.

"Our prayer is that we do not get another human being infected by this disease."

Monda said they are targeting all animals, both domestic and wildlife, as they are the ones at risk of being infected by the tsetse flies, which cause trypanosomiasis.

The situation worsened due to the prolonged drought caused by failed short rains which have forced farmers in most of the areas to migrate looking for pasture.

Kenttec Coast regional coordinator Johanna Cheptoo said they are working in all the six counties to sensitise farmers on the effects of tsetse flies and trypanosomiasis.

“In such times, tsetse fly prevalence is usually very high in areas most affected by drought. They are transmitted as pastoralists move from one place to another looking for greener pastures for their livestock,” he said.

Cheptoo said when the animals are weak due to drought, they get infected by the disease, and the rate of survival is zero.

He called on livestock farmers to spray their animals often during the drought season to help in reducing tsetse flies in the grazing area.

Locals interviewed thanked the government for coming up with the programme, saying it would help them eradicate diseases that were affecting their animals.

Munga Mwangemi, a resident of Kajajini, said they managed to build a crush through the support of Kenttec.

Julius Charo, who has 11 cows, said he had challenges previously in treating his animals but with state support, they are now able to be free from diseases.

Christine Chivatsi called on the government to also support the farmers with livestock feeds during this drought pandemic period as there is no grass.