Eddie Ndichu steps down from fintech board after viral altercation video

Ndichu stepped down as a board member pending formal investigations into the matter.it the tertiary title

• The Board of the Association of Fintechs in Kenya, stated that it has taken note of the unfortunate allegations made against Eddie

• It said the allegations are now subject to public discourse, particularly on social media platforms. 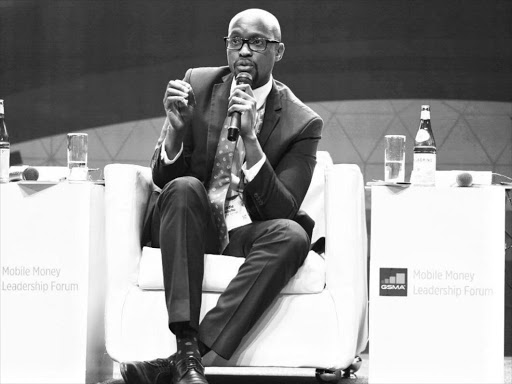 Eddie Ndichu has stepped down as a board member of the Association of Fintechs in Kenya following a scuffle that was widely shared across news outlets and social media.

A video has been doing rounds of Ndichu and his twin brother Paul allegedly engaging in a scuffle at a city hotel on October 17.

In a statement released on Tuesday, the Board of the Association of Fintechs in Kenya, stated that it has taken note of the unfortunate allegations made against Eddie, adding that the allegations are now subject to public discourse, particularly on social media platforms.

The board said that Ndichu stepped down as a board member pending formal investigations.

"On the 19th of October the Board convened a special meeting during which Mr. Ndichu stepped down as a board member pending formal investigations into the matter," the statement read.

"The Board takes this opportunity to state that it regrets the current circumstances and does not in any way condone gender-based violence or violence of any kind," the statement further read.

The association added that it remains firmly committed to its objective of ensuring utmost integrity and "advocating for the wellbeing of the fintech community and technology industry at large."

Earlier, Wapi Pay came out to defend its co-founders Paul and Eddie, stating that the two found themselves in a confrontation that they wanted to neutralise and defend themselves from certain aggressors.

"We found the story distasteful and troubling and want to firmly state that any type of behaviour involving violence against women does not reflect our values nor does it reflect those of Eddie and Paul," it said.

"Our understanding is that the allegations and video currently being shared on social media albeit horrific and regrettable, do not depict the true events of what transpired that night."

Wapi Pay however called the incident "unfortunate and distasteful" stating that they do not support any form of Gender-Based Violence.

"To be clear Paul and Eddie got involved in an attempt to neutralize a confrontation between two women and to defend themselves from certain aggressors," the company said.