“Time for geo-politics is over. It is a matter of life and death," Tobiko.

•The CS said Kenyans want to know, in simple language, what steps they need to take to mitigate greenhouse emissions.

•He noted that the latest report of the Intergovernmental Panel on Climate Change shows emissions have reached 1.3%, which is only 0.2% shy of the critical threshold. 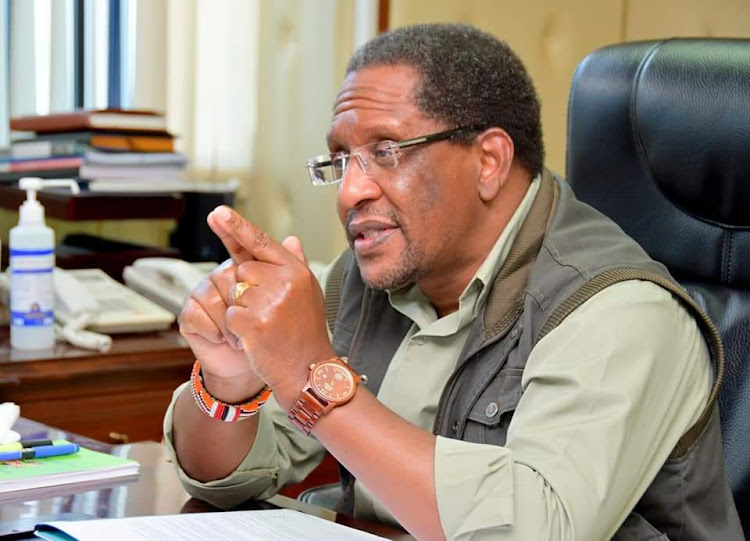 Environment CS Keriako Tobiko has called on scientists to avoid jargon in their messages to allow ordinary Kenyans participate in climate change discussions.

Speaking on Wednesday at a forum to chart Kenya’s road to the 26th Conference of Parties (COP26) to the UN Framework Convention on Climate Change, the CS said Kenyans want to know, in simple language, what steps they need to take to mitigate greenhouse emissions, adapt to and withstand problems brought about by a warming planet.

He noted that the latest report of the Intergovernmental Panel on Climate Change shows emissions have reached 1.3 per cent, which is only 0.2 per cent shy of the critical threshold.

“Time for geo-politics is over. It is a matter of life and death. Let us all recognize that we are bound by the Treaty COP26,” Tobiko said.

COP26 will be held from October 31 to November 12 in Glasgow, Scotland, where the CS will lead the Kenyan delegation that will attend the conference.

UK Deputy High Commissioner to Kenya, Julius Court who was present at the forum said governments must act on climate change, adding that science reflects what we are all seeing around us.

“The bold statement at COP26 is to galvanise actions that would save us from the climate catastrophe,” he said.

Pan African Climate Justice Alliance Executive Director, Mithika Mwenda said Kenya, like other African countries, must stand up for herself to ensure climate injustices are repaired.

To correct these injustices, he said industrialised countries responsible for 80 per cent of greenhouse gas emissions, must contribute their fair share of resources to help citizens adapt to, and withstand the suffering caused by floods, prolonged droughts, disease outbreaks, among other difficulties.

“You are all aware that our continent is facing undue hardship and losses because of climate change. Our people have contributed little to nothing to this crisis, yet they are the most vulnerable and least capable of protecting themselves. This is neither just nor acceptable,” Mwenda said.

He noted that Kenya has united with other governments in the continent under the African Group of Negotiators to call for a decision during the COP26 to recognise Africa as a special circumstances and needs region.