Cost of fully vaccinating one child is Sh3,000

• GSK has now pledged to deliver 15 million doses a year at a price of five per cent above cost.

• Yesterday, acting director general for health Patrick Amoth said they are seeking the assistance of Gavi, which already pays for all childhood vaccines in Kenya. 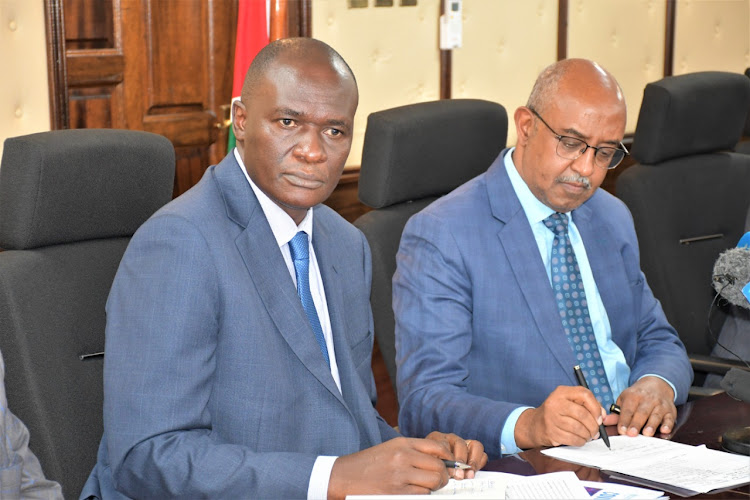 The government is facing the biggest question in rolling out the malaria vaccine – who will pay for the jab?

Yesterday, acting health director general Patrick Amoth said they are seeking the assistance of Gavi, which already pays for all childhood vaccines in Kenya.

He said they will meet Gavi officials and other partners.

“In the coming days, the Ministry of Health will consult with experts and advisory bodies to make considerations on the expanded use of the Malaria vaccine in other parts of the country, taking note of in-country morbidity data and regulatory provisions,” Amoth said.

He spoke in Nairobi on behalf of Health CS Mutahi Kagwe.

The vaccine was approved for widespread use by WHO last week.

Patent owner GlaxoSmithKline had donated 10 million doses of the vaccine for the just-ended pilot programmes in Kenya, Malawi and Ghana.

The pilots were supported by other partners including Path, Unicef, Bill and Melinda Gates Foundation and the World Health Organization.

GSK has now pledged to deliver 15 million doses a year for five per cent above cost, for the expanded rollout.

GSK says it plans to transfer production to a producer in India.

In the pilot, 200,000 children were vaccinated in the malaria-endemic counties of Kisumu, Kakamega, Vihiga, Bungoma, Busia, Migori, Homabay and Siaya.

Amoth said the government is now planning to roll it out countrywide, following approval.

“I hope this important milestone will encourage support for continuing and expanding the use of the malaria vaccine in Kenya and beyond, to ensure it benefits our vulnerable children for generations to come,” Amoth said.

Last week, Rose Jalang'o, who helped Kenya to coordinate the pilot programme, said the ministry was waiting for global guidance on how the vaccine will be financed as part of the national immunisation programme.

A study in which Dr Jalang'o participated this year estimated it would cost about Sh700 per dose, excluding costs of the rollout.

It would cost about Sh3,000 to roll out the four doses required, excluding other attendant costs.

“Under the baseline price assumption, where the government pays none of the vaccine procurement costs (but pays procurement add-on costs), the financial cost per dose of vaccination is estimated to be Sh197.40   ($1.78) in Kenya,” says the study published in Plos One journal in January.

The vaccine pilot was formally launched in Kenya on September 13, 2019, in Ndhiwa, Homa Bay.

Ministry data show that 533 health facilities administered the vaccine across the country.

The vaccine is administered in a schedule of four doses—the age of six months for the first dose, seven months for the second dose, the third dose at nine months and the fourth at two years.

Its effectiveness at preventing severe cases of malaria in children is only around 30 per cent but it is the only approved vaccine.

The proportion of people affected by malaria declined from 8 per cent to 5.6 per cent nationally, between 2015 and last year.

Post a comment
WATCH: The latest videos from the Star
by JOHN MUCHANGI Science Editor
News
14 October 2021 - 23:00
Read The E-Paper