HUSSEIN KHALID: DPP and DCI should end their discord

•There should be full disclosures from both parties when dealing with cases of huge public interest. One cannot achieve justice without the other. 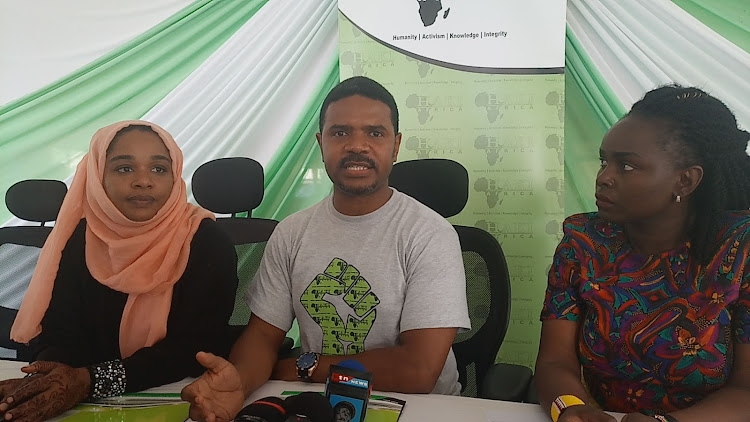 The apparent discord between the Office of the Director of Public Prosecutions and the Directorate of Criminal Investigations has a huge impact on the justice system and the public.

This is because one is the primary criminal investigative body and the other the principal prosecutorial institution, both of them crucial to the dispensation of justice.

When the two do not see eye to eye, this is the equivalent of a vehicle without an engine. Either of the two institutions is the vehicle or the engine without which the other cannot move. From where we sit, at Haki Africa, the sibling rivalry is more imaginary than real.

That is what we want to believe because in the public eye we see the two officers laughing, saying there is no problem. We hope that is true. But in the event that their officers or institutions are actually engaged in turf wars, then that is a disaster for the country.

As Haki Africa, we have worked with both institutions, recently with the DCI when we were investigating disappearances and with DPP when we were prosecuting extrajudicial killings.

Both institutions are crucial in the promotion and protection of human rights. As an organisation, we are calling on the two institutions, specifically  DCI boss George Kinoti and DPP Noordin Haji, to personally address the impact if there is one.

It is important for the two to clear up the perception something is amiss,  which is causing unnecessary tension. It is not helpful to Kenya.

The DCI recommends prosecution on the strength of evidence. The DPP, on the other hand, where he thinks the matter does not meet the threshold, can decline to prosecute or return the file to the DCI or the Ethics and Anti-Corruption Commission to firm up their cases.

There should be full disclosures from both parties when dealing with such cases of huge public interest. Where there are disagreements, the issues should be resolved amicably without interfering or denying Justice. We believe ODPP has tried and so far so good.

As Haki Africa, we are willing and ready to mediate.

The executive director of Haki Africa spoke with the Star