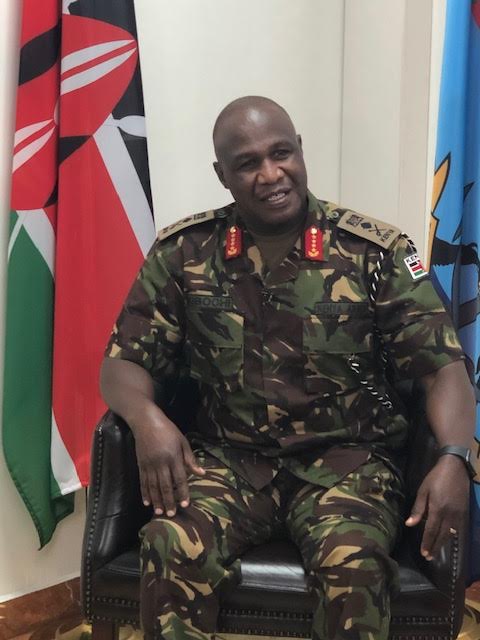 The nation marks Kenya Defence Forces Day on Thursday with the planned commissioning of a new military hospital in Nairobi.

But the opening of Nairobi Regional Hospital at Kahawa Barracks is delayed briefly while President Uhuru Kenyatta is at the United Nations in New york.

The commissioning may be pushed to the weekend.

October 14 marks the day in 2011 when Kenyan troops went to Somalia in Operation Linda Nchi to pursue al Shabaab terrorists who had carried out abductions of foreigners and launched attacks on Kenyan soil.

The government considered the attacks a threat to the country’s sovereignty as it targeted tourism, an economic lifeline.

KDF Day is observed annually to celebrate the valour and courage of KDF heroes and heroines.

The day is a solemn occasion to honour those who died defending their motherland and others who have done noble work.

Dozens of soldiers have been killed and injured since the operation started.

On January 15, 2016, an estimated 150 to 190 military personnel were killed and a number wounded and captured when militants overran the KDF base in al Adde. The military has not released the death toll.

The attack prompted urgent calls for the withdrawal of Kenyan troops from Amisom, but Kenya says the soldiers will stay put for the time being.

Wiper leader Kalonzo Musoko, Kenya's special envoy for conflicts in the Horn of Africa, recently told the Star that Kenyan troops should withdraw but only with the agreement of other states. Kenya should not be the only nation to exit, he said.

KDF says it is not ready to leave Somalia though some of the regions have been liberated from the militants. It also helps the population and takes part in development work.

My first hand experience of KDF operations in Somalia

Loud gun fire under the cover of darkness, sweltering weather were part of the experience
News
1 week ago

Chief of Defence Forces Gen Robert Kibochi said in an earlier interview the Kenyan troops have already had a huge positive impact in Somalia by opening up 14 major areas initially under al Shabaab control.

“We have opened up roads, hospitals, and made towns bustling. Kismayu, Dobley and other towns are now bustling. We have degraded al Shabaab in a major way,” he said.

The defence chief said unlike the period between 2011 and 2012 when dozens of grenades and other weapons were being smuggled from Somalia, the trend has declined significantly.

The opening of the new Level 4 hospital in Nairobi will provide more facilities to help the troops and their families.

"Once Kahawa is done, we will begin works to upgrade the Forces Memorial Hospital to a Level 5 hospital," Kibochi said.

KDF will also develop medical facilities in Garissa, Eldoret, Manda and Lamu among other areas to ensure that all those who are on the frontline are able to access healthcare close to where they are, the President said.

He said efforts to complement existing health facilities across the country are also being upgraded, including Kenyatta National Hospital and Moi Teaching and Referral Hospital.

KDF soldier: How an IED attack in Somalia changed my life

Despite losing his foot and an eye, Wando still relishes the war.
News
2 weeks ago

Kalonzo Musyoka: The making of an African diplomat

Kalonzo's peace efforts amid intrigues led to his being widely recognised as a statesman.
News
1 month ago

To withdraw from Somalia or not, the debate creeps up

President Uhuru Kenyatta has maintained that KDF will remain in the neighbouring country until peace is achieved.
Siasa
4 months ago

El Adde: How 147 KDF soldiers met their death in Somalia