Sh10.1 trillion was promised to developing countries to support mitigation and adaptation 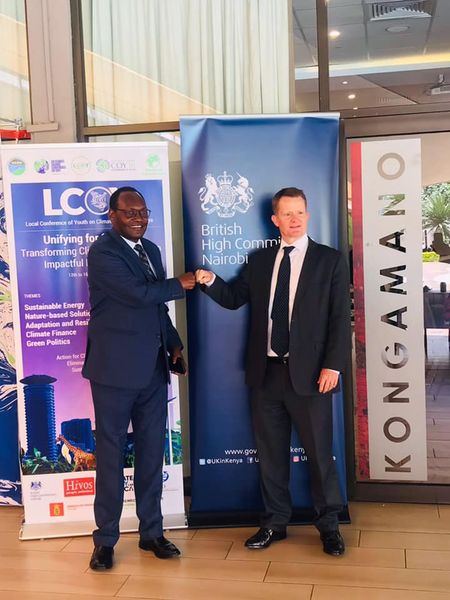 Kenya has challenged wealthy countries to fulfil their annual pledge of Sh10.1 trillion to support mitigation and adaptation to climate change in developing nations.

The PS was making his remarks when he represented Environment Cabinet Secretary Keriako Tobiko during a youth conference supported by the British High Commission at Tamarind Tree Hotel, Nairobi.

“We will help mobilise 13 per cent of the resources needed from the domestic sources while 87 per cent will come from international sources,” Kiptoo said.

Lakes in Rift Valley and Lake Victoria have been rising, displacing thousands.

Under the agreement, developed countries mobilise jointly $100 billion (Sh 10.1 trillion) per year by 2020 to address the needs of developing countries.

This commitment has been central to the climate accords since 2009, and is an important symbol of trust.

Developing countries rightly consider it essential for securing progress and meeting the goals of the Paris Agreement.

On December 24, 2020, Kenya submitted the nationally determined contributions detailing how the country intends to curb emissions.

Agriculture, energy, manufacturing, transport, waste and forestry are some of the sectors the government intends to use to curb emissions.

Kenya’s hard stance is coming just days before the 26th Climate Change Conference of the Parties (CoP26) is held. CoP26 is set to be hosted in Glasgow, UK, from October 31 to November 12.

The parties to the CoP26 are governments that have signed the UN Framework Convention on Climate Change.

The CoP brings the signatories together once a year to deliberate on how to jointly address challenges brought about by climate change.

“The report has painted a grim picture of the impacts that will be experienced due to the rising temperatures resulting from increased greenhouse gas emissions. This portends a bleak future, especially to the young generation who will face the dire consequences resulting from enhanced extreme events.”

The IPCC report showed that the world was warming at an alarming rate.

British Deputy High Commissioner Julius Court said the future of many Kenyans is set to be impacted by climate change.

"Evidence is clear, unless there is climate action, we will end up in a difficult scenario," he said.

Court said young people are the future of the world they will inherit.

"The UK government is very committed to making CoP a success. We will be getting world leaders. At the moment, we are looking at about 140 heads of state and government. That is one key thing, to get the leaders there because they are the ones who make decisions," Court said.

Court said the CoP26 must succeed. He said all countries will come with different perspectives, different development histories and different situations.

"We are going into the negotiations and, of course, there are different sides and, as with any negotiations, different sides will need to compromise on their starting points. What we are all very clear about is that we need to try and keep as close to 1.5 degrees as we can."

Court said to hit the target, funding for mitigation and adaptation of climate change will have to be provided. He said Africa is focused on climate finance issues.

"We know that there are issues of loss and damage and the support for that and we know that many countries in this region, including Kenya that these issues of adaptation are absolutely central."