Duo gets three-year jail term for robbery with violence 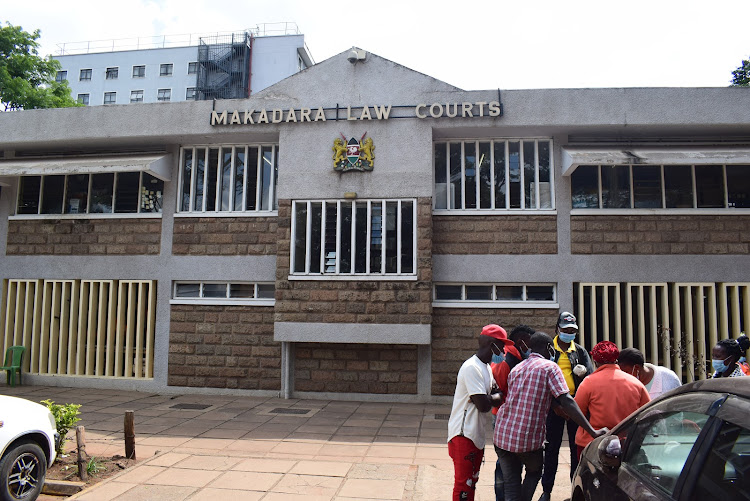 Three men accused of robbery with violence have been found guilty.

They were charged jointly with breaking into Githurai 45 Post Bank hall, breaking the ATM safe and stealing cash totalling Sh1.4 million on November 30, 2014.

Nyaga said that as submitted by the prosecution in view of the circumstances of the offence, the accused deserved a custodial sentence to deter crime recurrence.

"As for the accused number one, he asked the court for leniency, saying he had a family that depended on him and was a first offender," Nyaga said.

He said the second accused mitigated by requesting a non-custodial sentence and urged the court to take into account the time he had spent in custody and his diligence while attending court.

The magistrate noted that any person who breaks into a school, house, garage pavilion, club, bank, factory or workshop or any building belonging to a public body commits a felony and is liable to imprisonment for seven years.

But considering all the circumstances of the matter, he said the accused were to be treated as first offenders.

"Regarding the circumstances of the offence, I note that this was a bank robbery whereby Sh1.4 million was stolen. On this note, I agree with the prosecution that the nature of the offence is a serious one and requires deterrence," Nyaga said.

"In view of the mitigation factors expressed by the accused 1 and 2, I find that the most appropriate sentence in this instance is a custodial of three years for each."

He said the first accused will serve the remaining seven months after he was remanded for two years and five months after which he was released on bond.

"As for the third accused, I note he was absent and did not attend to give any mitigation. In this regard, in view of the circumstances of this offence, I sentence him to five years of imprisonment to run from the date of his arrest," Nyaga said.

He said the warrant of arrest against him is to remain in force and is to be enforced against his surety.