The trio alongside other leaders took their 2022 drive to Makueni

•They drummed support for Wiper candidate Eisho Mwaiwa in the Nguu-Musumba ward by-election scheduled for October 14.

•They promised to unveil their presidential flag bearer in due course. 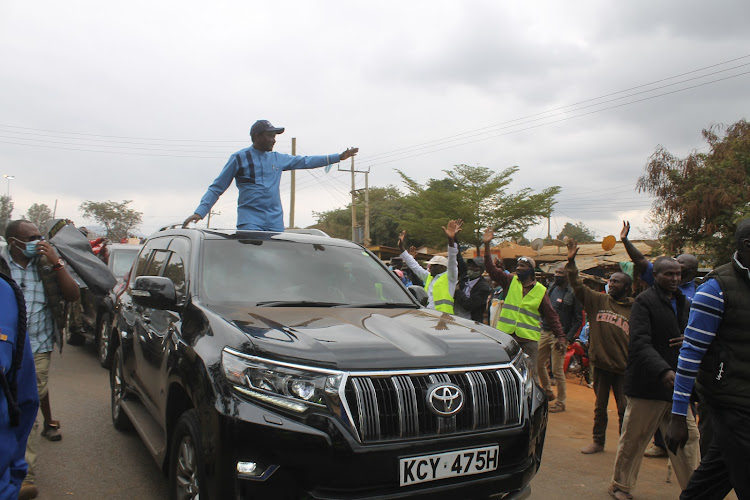 The trio alongside MPs, MCAs, senators, woman representatives, among other leaders took their 2022 campaigns to Makueni.

They drummed support for Wiper candidate Eisho Mwaiwa in the Nguu-Musumba ward by-election scheduled for October 14.

The leaders assured Kenyans of their unity ahead of the 2022 elections.

They promised to unveil their presidential flag bearer in due course.

“Kalonzo and I have been good friends, we have walked together as lawyers. We have our brother Mudavadi, Jirongo and Kanu leader Gideon Moi who has sent a representative. We are strong,” Wetangula said.

The leaders urged Kenyans to register as voters during the ongoing national voter registration exercise.

“You must register as a voter so that you be ready to unite with other Kenyans in 2022,” Wetangula said.

He said the time had come to take back Kenya to where retired President Mwai Kibaki left it economically.

“Kalonzo and I were in government. Now we have Musalia and others. Amongst us, one must become President in 2022. This will depend on your strength as electorates and our unity as Oka principals,” Wetangula said.

Mudavadi urged residents to show solidarity in supporting Kalonzo by voting his Wiper candidate in the ward by-election.

“Register as voters ahead of the 2022 polls. IEBC chairman Wafula Chebukati said since 2017 only 150,000 new voters have been registered so far while 5 million youths have been issued with national identification cards during the same period,” Mudavadi said.

He asked chiefs, nyumba kumi members alongside local leaders and government officials to ensure those with national identification cards register as voters.

“We want a leadership that can be trusted,” Jirongo said.

Kalonzo assured the residents of free and fair Wiper nominations ahead of the 2022 elections.

He said Oka will rid the country of corruption if it forms the next government.

“I have been a minister. I have never seen a level of corruption like the one witnessed between 2013 – 2017. Parastatals have been destroyed by those who shared the government 50-50.”

On the expected ruling between Kenya and Somalia on boundaries dispute, the leaders said our territories must be protected.

“I am the one who signed documents to put that boundary when I was the Foreign Affairs Minister,” Wetangula said.

“We call on the government not to compromise the territorial integrity of our country. We must defend our territory with whatever means necessary to ensure Kenya remains a unitary state respected in international boundaries .” 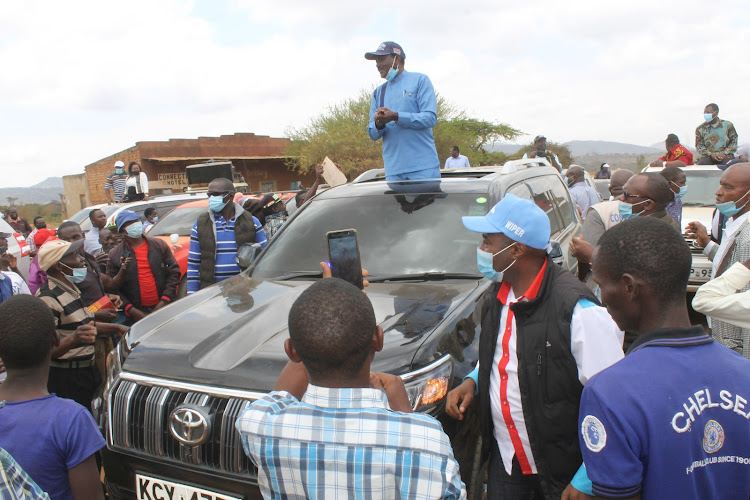