•The DPP Haji-led team equally dismissed the claims of a row saying their relationship was symbiotic and healthy.

•The Wabukala-led team reiterated its commitment to work closely with all other institutions mandated to combat corruption in Kenya. 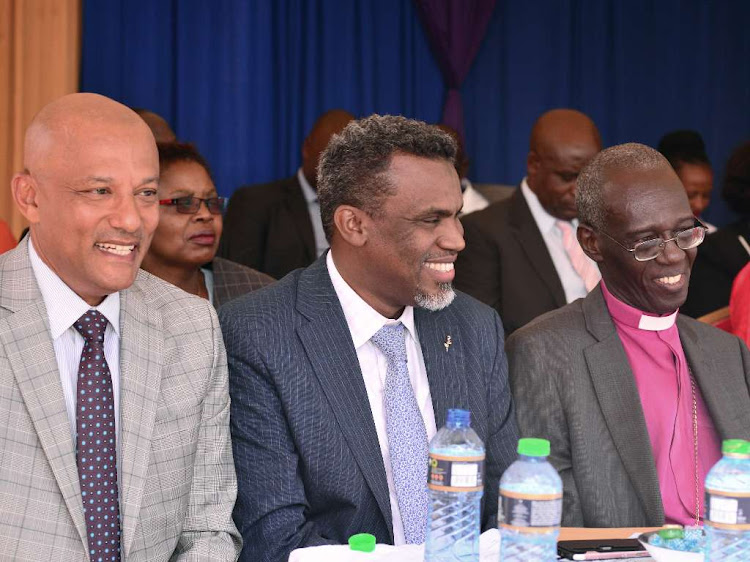 Ethics and Anti-Corruption Commission and the Directorate of Public Prosecutions bosses have denied the existence of a tiff between the two agencies.

The agencies denied claims carried by various media outlets that the DPP has started a war with the EACC over incomplete case files.

“EACC continues to enjoy a cordial and professional relationship with the ODPP,” the Rev Wabukala-led EACC said on Sunday.

The DPP Haji-led team equally dismissed the claims of a row saying their relationship was symbiotic and healthy.

“The DPP continues to enjoy a cordial relationship with all investigative agencies and seeks to enhance that relationship,” ODPP said.

EACC said the cordial ties have resulted in several high profile prosecutions, the latest being the conviction of suspects who were behind the loss of Sh180 million at the Youth Enterprise Development Fund.

“EACC condemns in very strong terms the poorly disguised attempts by sections of the media to sow seeds of disharmony between law enforcement agencies,” the agency said.

The Wabukala-led team reiterated its commitment to work closely with all other institutions mandated to combat corruption in Kenya.

For his part, Haji advised the public and the media against deciding by the ODPP not to charge as a personal issue that affects links between the agencies.

The DPP argued that the checks and balances which are being adjudged as a standoff are aimed at allowing his team to set a threshold of admitting prosecution cases.

He held that it was for the said reason that the ODPP published the Decision to Charge Guidelines to provide the standard for every prosecutor and investigator.

“As part of the checks and balances, the recommendations are not binding on the DPP. However, once cases are admitted for prosecution, the DPPs decision to prosecute may be challenged through a judicial review process; an avenue that further seeks to balance the checks,” Haji said.

Fears of a sour relationship between the two agencies arose from the slow pace at which the investigative agencies have been handling corruption cases.

Delays in the prosecution of suspects linked to the Sh7.8 billion Kemsa PPE purchases mess have escalated the concerns.

Investigations at the medical supplies agency commenced in August last year after orders by President Uhuru Kenyatta but no suspect has so far been prosecuted.

The Public Investments Committee of the National Assembly also conducted a probe on the purchases and has recommended the prosecution of key officials.

MPs put the agencies under sharp focus with their recommendation for the prosecution of Kemsa board members and senior officials currently on suspension.

EACC, on this, denied that there was a standoff on how to deal with the files which the DPP has reportedly returned to the agency to seal loopholes.

“EACC wishes to clarify that whereas statutory reports indicate that the investigation files were forwarded to the Office of the Director of Public Prosecutions, they have in the intervening period been returned to EACC to address points raised by the DPP,” the agency said via Twitter.

EACC further indicated that a team comprising officers from both agencies EACC and ODPPP is currently working on the matter.

On October 7, DPP Noordin Haji said a lot of work has been going on in the Kesma investigations to ensure the matter is exhaustively concluded.

“The ODPP has acted on the inquiry file by identifying the areas of further investigation and the same communicated and returned to the EACC for their action,” Haji said in a statement.

DPP said his office only retains duplicate files in any investigation, arguing that this doesn’t in any way stall ongoing investigations.

The Directorate of Criminal Investigations had also at one time decried bottlenecks by the ODPP in its pursuits to nail graft suspects.

KPA, Kenya Power, Itare Dam, and maize importation cases are yet to be prosecuted conclusively following the back and forth.