The minor gave him the bike out of generosity and the accused person disappeared.

• He denied the charges and was released on bond and the case will proceed to a full trial. 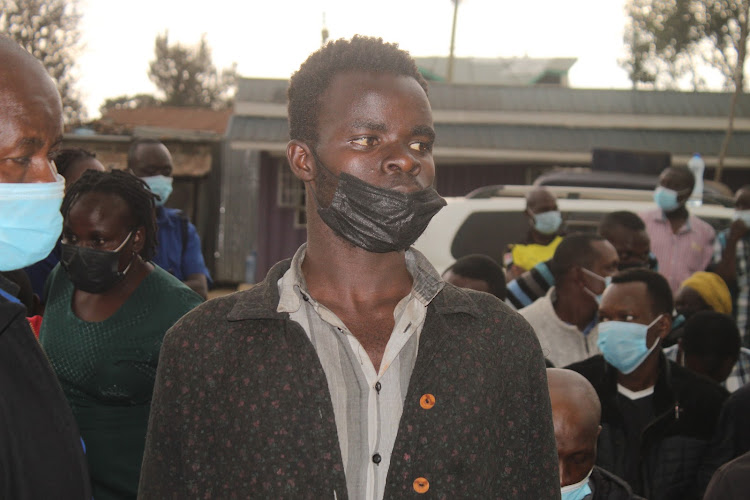 A man who took advantage of a young boy’s generosity, by giving him the bicycle to cycle it for one lap before disappearing with it, has been charged at a Kibera court.

Isaac Oyoro Muchie stole the bicycle from the minor on October 2, 2021 at the Kangemi area, Nairobi County.

“Your honor, I had a biting problem that needed to sort. And before I was arrested I had promised the complainant to take them where I took the bicycle for recovery but I was apprehended before” Oyoro said.

That day at noon, the minor was outside their estate cycling around when Oyoro approached him with a view of testing it for one lap, the police report says.

The minor handed over the bicycle and indeed Oyoro took one lap and returned it to the minor.

Moments later, Oyoro, who watched the minor show his skills for the second time, requested another lap and he gave him.

Things took a new twist when he failed to turn up. The minor afraid of going home for fear of being asked, he decided to stay at the place while waiting for Oyoro who at the then moment fled.

The minor had no option but to go to his mother to report the incident and she promised him to follow up.

The following day, Oyoro was seen within the estate and when the minor went to ask him where his bicycle was he told him that he had already sold it before running away.

Three days later the minor’s mother bumped into him and he admitted to having taken the bicycle and sold it.

He was released on a bond of Sh20,000 or alternatively pays cash bail of a similar amount.

His case will be mentioned on October 28.