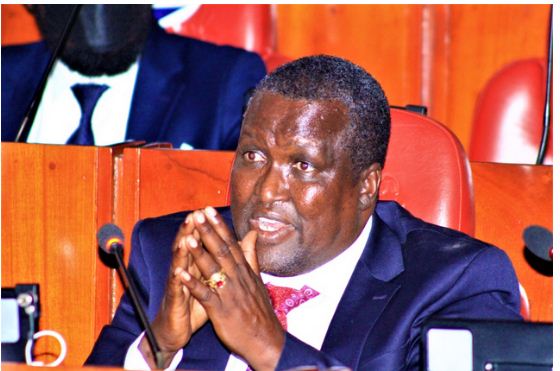 Petroleum CS John Munyes has blamed his National Treasury counterpart Ukur Yatani for the high fuel prices that have sparked protests from Kenyans.

Munyes on Monday told the Senate Energy Committee that the Treasury has declined to release Sh24 billion from the Petroleum Development Fund that would be used to cushion Kenyans against high fuel prices.

He said Kenyans did not pay more at the pumps between April and August because of government subsidies.

“Out of the Sh32 billion from the Petroleum Development Fund, we spent Sh8.6 billion in the five months to stabilise fuel prices. We did not receive any money in September,” Munyes explained.

Fuel prices rose to the highest level in Kenya's history after the government discontinued a subsidy scheme introduced in April to ease public outrage over the high cost of living.

The regulator — Energy and Petroleum Regulatory Authority — removed subsidies of Sh7.10 on petrol, Sh9.90 on diesel and Sh11.36 on kerosene that applied to the prices of fuel sold in the month to September 14.

On Monday, Munyes noted that the Kenya Revenue Authority collects money for the Fund on behalf of his ministry and hands it over to the National Treasury for disbursement.

Committee chair Ephraim Maina sought to be told whether Kenyans would have paid less at the pump if the National Treasury released the remainder of the money.

“I only got Sh8.6 billion out of the Sh32 billion. We should have been both before this committee to shed more light on the matter,” Munyes replied.

Nominated Senator Petronilla Were asked Munyes to provide the committee with the letter he wrote to Yatani asking for the funds.

“We need to be sure that the Ministry of Petroleum wrote to the National Treasury asking for the funds to cushion Kenyans from high fuel prices,” she said.

“The last time you did not attend our meeting because the President had sent you to Sudan for very important matters. Since the President seems to be so close to you, we would want to know if you brought to his attention that you needed money to cushion Kenyans from high fuel prices,” he said.

The state has been offering consumers of diesel and kerosene a subsidy, with those using petrol enjoying the benefit with the exemption of the May review.

This saw the regulator keep diesel and kerosene prices unchanged since April at Sh107.66 and Sh97.85 a litre respectively on fears an upward review would fuel public anger. Petrol had remained unchanged at Sh127.14 since June.

Kenyans are now paying up to Sh19 more for a litre of petrol compared to their East African neighbours of Tanzania, Uganda and Rwanda.

Motorists and transporters are paying more than double what their counterparts in Addis Ababa are paying, where a litre of petrol and diesel are retailing at an equivalent of Sh51.28 and Sh44.66, respectively.

Post a comment
WATCH: The latest videos from the Star
by ALLAN KISIA Political Writer
News
05 October 2021 - 06:20
Read The E-Paper