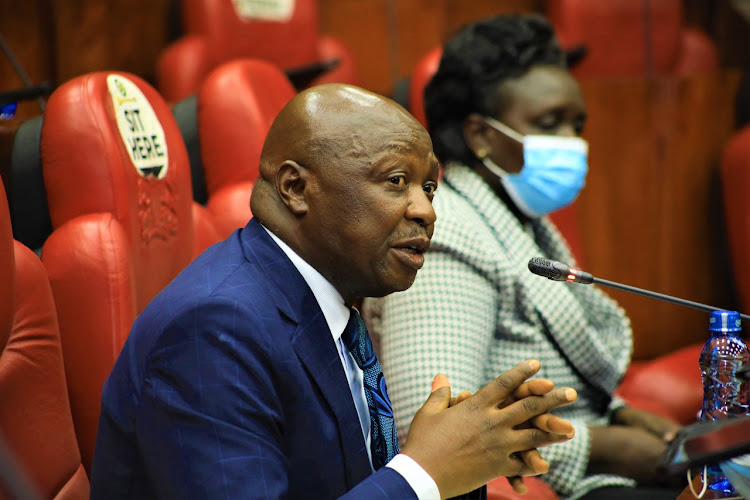 The deteriorating relationship between the Senate and the Executive worsened on Thursday after lawmakers fined Energy CS Charles Keter Sh500,000 for snubbing their summons.

A day earlier, senators had censured Keter and his Petroleum counterpart John Munyes for ignoring their invites to explain skyrocketing electricity and fuel prices.

Keter had been summoned by the Senate Energy committee to explain the financial status of the cash-strapped Kenya Power but gave it a wide berth.

He was also expected to divulge the circumstances that led to the abrupt resignation of Bernard Ngugi as KPLC managing director, as well as the wrangles pitting staff against directors.

The CS was also to articulate plans by the ministry to reduce the cost of electricity for domestic and commercial consumers.

Instead, Keter sent his PS Joseph Njoroge, stating that he was attending an international conference on atomic energy.

“We would have no intention at all to snub an invitation by the National Assembly and the Senate and we have never done so," Njoroge told the team.

"In this case, I want to categorically confirm that we were coming with the CS, but a representative of the Kenyan government in international atomic energy made an appeal to the government and requested that the CS attends because some issues were weighty and called for the attendance of the CS,” Njoroge said.

The senators rejected the explanation. They accused the CS of snubbing the committee at a time when many Kenyans were suffering and struggling with high electricity bills.

“We have invited, summoned and censured these CSs, but, clearly, there seems to be nothing happening. We are doing the same thing, the same way and are expecting different results,” Halake said.

The senators prevailed on committee chairman Ephraim Maina (Nyeri) to send away the PS, invoke the provisions of the Parliamentary Powers and Privileges Act and punish the CS for treating the committee with contempt.

“This committee has unanimously approved the resolution or judgment that a fine be imposed on the CS of Sh500,000,” chairman Maina said.

On Wednesday, senators suspended the business of the House to censure Keter and Munyes for abdicating their duties.

Tharaka Nithi Senator Kithure Kindiki condemned the conduct of the duo, saying the two should be compelled to appear before the committee.

“Keter is my friend. Munyes is my friend, but when duty calls, we have no option but to call them out,” he said.

Kindiki added, “And if they think we are joking, let them play hardball … they must come here. It is no longer a request. It is mandatory.”