Parliamentary Budget Office says the project is shrouded in secrecy 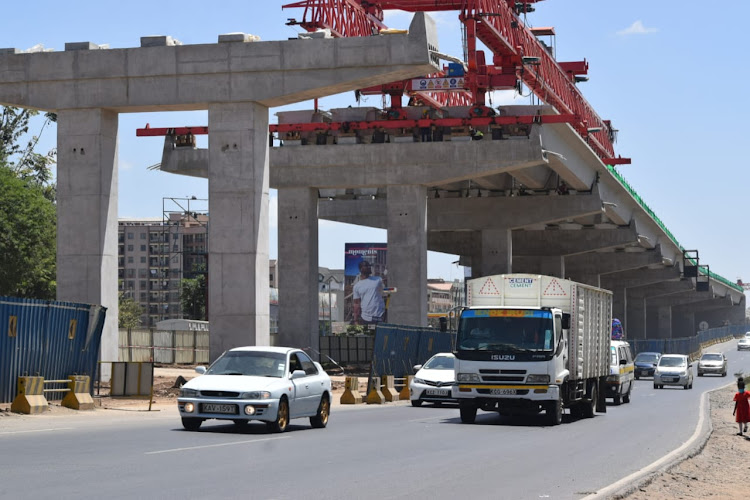 Budget experts have sounded the alarm over the secrecy in the construction of the Sh67 billion Nairobi Expressway project saying it would impact its uptake.

A parliamentary team says the absence of proper disclosure is the reason the project has not won the full support of the public hence may pose a challenge of acceptability.

The Parliamentary Budget Office has asked MPs to explore mechanisms of engaging the concerned so that the project is fully understood by Kenyans.

“The project has not won the full support of the public since it is shrouded with lack of proper and comprehensive information disclosure,” PBO said in a September 13 report.

The experts want MPs to help extract information that will deal with ambiguities in the project, “especially on assumptions behind the 30 years’ period given to the investor to collect tolls on the road.”

PBO also wants the conversation by MPs to highlight the risk mitigation measures that have been put in place if the assumptions fail to hold.

“To the public, there is a concern that tolls will be a double tax on many motorists who currently are paying for road maintenance through the fuel levy,” the experts said.

PBO holds that it would be important to address the challenges in operationalising the Nairobi Expressway as the project is set for completion by December 2021.

The expressway is the only road in Kenya currently being built using the toll model and would be the first in the country.

The developers—China Roads and Bridges Construction—will operate and maintain the road for 30 years to recoup their investment.

“An extensive sensitisation and public participation exercise should be undertaken to consider the views of the myriad of stakeholders on the value for money of the project,” the PBO said.

They also want the public given more information on the pricing model for the tolls and the toll collection systems among other issues.

PBO says the experience from countries that have implemented toll road funding indicate that it is always associated with serious public acceptance issues.

They cited Nigeria where the tolling collection was cancelled on the Lekki Toll Road after the continued community riots against paying of tolls.

“In Kenya, there is extensive evidence of lack of public support for tolling with a proposal to introduce tolling in 2016 on the Nairobi Southern Bypass receiving a huge public outcry,” the experts warned.

Already, the contractor who was identified to construct the Mombasa – Nairobi Expressway holds that it would be difficult to charge tolls on the road.

The contractor has indicated that the country will get better value for money if the road is constructed under the engineering, procurement and construction model rather than a toll model.

The Transport ministry has over time hailed the toll model as a solution to the road financing problem “since it will take the pressure off the accumulation of the country’s public debt.”

Toll roads have succeeded in Canada, France, UK, India, and South Africa but PBO believes that “not all roads are suitable for the toll model since heavy traffic is required for the generation of enough revenue through tolls to meet the construction and maintenance costs.”

Quoting a study by the Inter-America Development Bank, the experts said a road is likely to be a viable candidate for construction through the toll model if it has a flow exceeding 5,000 vehicles per day.

They observed that this should be the case for better returns, “unless the government offers a substantial subsidy to the contractor.”

Owing to the sustainability concerns, the number of roads that can be undertaken by the model in Kenya is limited to a few sections of the main transport corridors.

The Malaba-Eldoret-Nakuru-Nairobi-Voi-Mombasa road is hailed as one that could be viable for construction using the toll method.