Puzzle of shooting, car abandoned with 2,000 bullets in Utawala 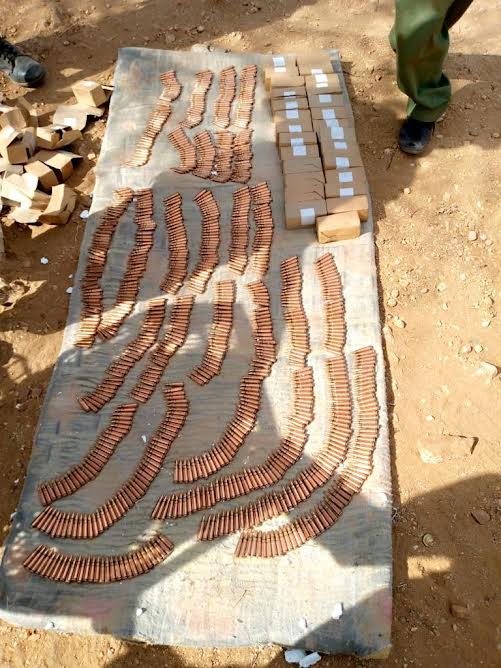 Part of bullets recovered in Laikipia on August 21 in ongoing operation
Image: Handout

Mystery surrounds the discovery of more than 2,000 live bullets at an abandoned car in Mihango area, Nairobi.

The bullets were found in the salon car that was found near a garage in the area.

Police said they were informed by locals they had heard gunshots from the site and when they arrived at the scene they found the car with bullet holes.

On checking inside the Mitsubishi Lancer, they discovered the bullets stashed in a sack with 34 cartons each containing 60 bullets used for an AK47.

The team that visited the scene said no one was found in the car and they suspect a deal gone sour as the cause of the shooting and abandoning of the motor vehicle.

The bullets that were recovered.
Image: COURTESY

A witness told police a driver had arrived with the car and parked it there before leaving on Tuesday night.

A few minutes later another car drove there and a gunman alighted before firing about 20 bullets at it using a rifle.

The car then sped off and the identity of the driver and the shooter is yet to be known.

The scene is near two key police training colleges. The witness said the gunman acted in rage and it seemed he thought the target was in the car.

Nairobi police boss Augustine Nthumbi said they are investigating the motive and those behind the shooting and bullets. The car that was shot at on September 15 at Utawala
Image: COURTESY

“The ownership of the car, bullets, and shooting are part of what our teams are investigating for now. No arrest has been made,” he said.

He added they suspect the bullets were being ferried to a place for use.

The car was towed to the local police station as experts took over the probe. The source of the bullets is yet to be known, Nthumbi said.

Police say some of such bullets are used for criminal activities in the country.

For instance, gunmen who have been terrorising a section of Laikipia residents have been using bullets, which many suspect to be locally or regionally obtained.

Bandits also use bullets whose origin is hardly known. Further, criminals  buy bullets from merchants in a trend that is worrying amid a campaign to address the menace. Authorities are yet to address the issue.

Kenya has a bullet making factory run by the military in Eldoret. The bullets are manufactured for use by local security agencies and at times for sale abroad.