A Two-Stage Test will ensure sufficient evidence, evaluation of suspect 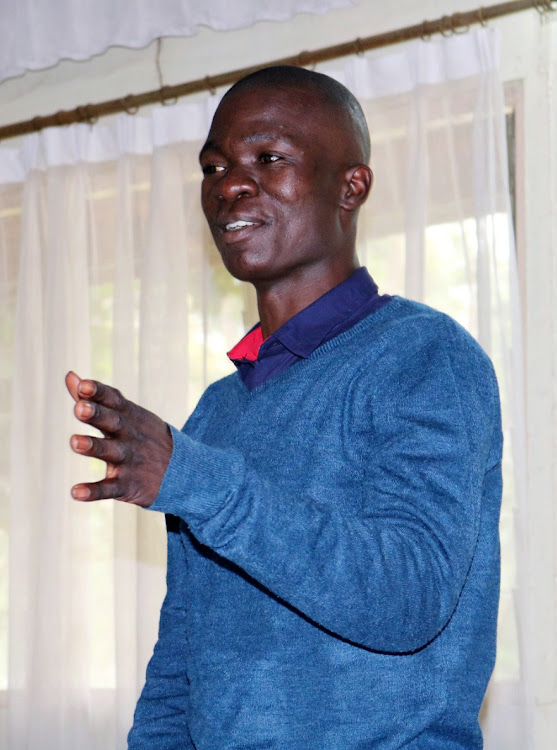 WRONGFULLY CHARGED: Collins Ouma who was in remand for two years for crimes he did not commit. He was later acquitted.
Image: COURTESY

When he landed a job as a security guard many months after moving to Nairobi, Collins Ouma knew it was the start of a new life.

He, however, never thought that the new life would be behind bars, on remand, an area reserved for hardcore criminals.

The 32-year-old had been charged with robbery with violence, a capital offence that carries a death sentence. His offence, however, was being at the right place, at the wrong time.

"For 16 months that I was on remand, I resigned to fate and began learning how to adapt to the life that was full of uncertainties," he said.

On the night of January 13, 2013, Ouma was at his workplace at a photo studio along Moi Avenue when he heard a commotion.

He could see some security guards and a few people in a nearby shop argue and moved closer to find out what was going on.

A police officer had been robbed of his pocket radio and mobile phone. The officer had called for reinforcement from Central Police Station a few metres from the crime scene.

Before Ouma could find out the genesis of the argument, another officer, handcuffed him. He was bundled into a police car together with other guards and taken to the Central Police Station where he was told that he had stolen Sh200,000, a gun and a pocket radio.

He thought that once he informed the police officers at Central Police Station that it was only a misunderstanding and that he was not even aware of the offence committed, he would be freed.

"They asked if I could raise Sh10,000 police bond but I couldn't. I, therefore, stayed in the cell waiting to be arraigned," Ouma said.

Ouma and co-accused John Atelu were charged with robbery with violence and bail set at Sh1 million, a decision that crushed his hope of ever getting out.

"I was terrified. I thought I would never see my family again. My wife was two months pregnant with our first child,” he recalled tearfully.

Ouma said at that point, he thought of admitting to the crimes to get done with it, but what difference would it make?

As he was led to the basement cells, waiting to be transported to remand, his younger brother had promised to step up and try to cater to the needs of the family.

Ouma, 25, at the time, had grown up in hardship in a remote village in Mumias, Kakamega county. He had left the village several months earlier after dropping out of secondary school for lack of school fees.

His plans, as he joined his cousin in a tiny room in Nairobi's Kibera slum, was to get a job so that he would provide for his family, including his pregnant wife.

As the oldest of eight children, he felt responsible to help his siblings pay for the education he had been denied.

"Inside the remand, I forced myself to stop thinking. I had to remain sane, so I decided to live a day at a time," he said.

Things changed when the International Justice Mission took up Ouma's case when they learned, after their investigations, that he had been falsely accused.

After serving two and a half years in prison, Ouma was acquitted for lack of evidence.

IJM sued the state for his wrongful prosecution and violation of his rights.

On May 19, 2017, the court ruled in his favour and awarded him and Atelu Sh2 million each as compensation for wrongful prosecution.

IJM country director Benson Sahamala said the organisation has over the years observed poor Kenyans get trapped in the criminal justice system, without sufficient evidence to support the cases against them.

"Such cases, among other systemic reasons, are the root cause of the challenges we face today such as judicial case backlog and low rate of conviction for serious crimes," he said.

Shamala said the decision to charge has a direct link to and impacts the number of criminal cases that get into the criminal justice system.

"If the decision is well made, it, in turn, leads to quality prosecution and consequently a higher rate of conviction for serious crimes which leads to crime reduction in our communities," he said. 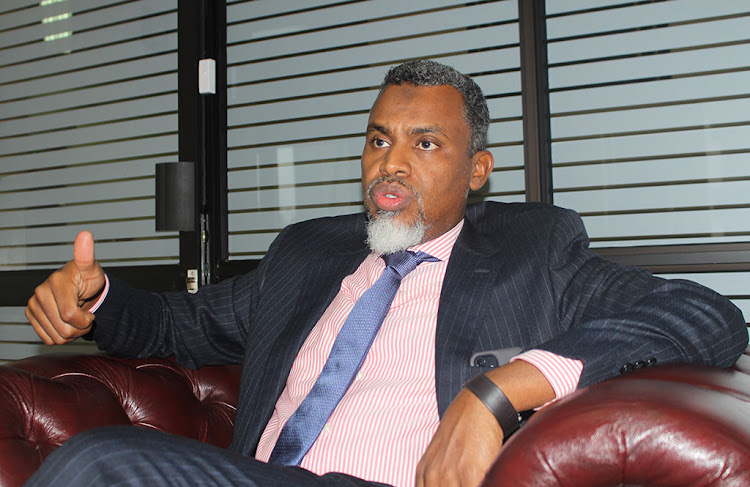 NEW GUIDELINES: Director of Public Prosecutions Noordin Haji during an interview at his office at Upper Hill, Nairobi on August 26.
Image: ANDREW KASUKU

The Office of the Director of Public Prosecutions boss told the Star that the decision to charge is at the core of both judicial and security sector reforms in Kenya. It ensures that criminals are restrained and victims are protected.

In making the decision to charge, the ODPP has now availed policy direction for prosecutors to apply elaborate optional mechanisms on alternatives to prosecution, plea bargaining and diversion.

This is in concert with global standards appreciating that not all cases deserve to be prosecuted or fully tried in court.

Additionally, the requirement that cases in the trial be reviewed frequently by prosecutors is most welcome.

Never again should an accused person be detained on remand for longer than the maximum custodial sentence for the crime they are charged with.

Noordin Haji said the Guidelines on Decision to Charge spell out the steps a prosecutor takes to ensure fairness, consistency, transparency, and accountability in the prosecution decision-making process to bolster public confidence in the administration of justice.

He named the key feature of the Guidelines as the Two-Stage Test, which comprises the Evidential and Public Interest tests.

"Under the Evidential Test, a prosecutor will have to ensure that there is sufficient evidence to provide a realistic prospect of conviction against a suspect on each charge and ascertain the evidence’s reliability, credibility, admissibility, sufficiency and strength," the DPP noted.

“The prosecutor will have to know and consider evidential thresholds before instituting any criminal proceedings, reviewing ongoing proceedings and before considering adopting alternatives to prosecution," he said.

He said in the Public Interest Test, a prosecutor considers whether charging a suspect is in the good of the public.

"This includes culpability of the suspect, the impact or harm of offence to the community or victim, the suspect’s age at the time of the offence and whether prosecution is a proportionate response," he said.

Prior to launching the guidelines, prosecutors would at their own discretion without following any guidelines decide on whether to charge a suspect.

"Prosecutors are currently undergoing training for a minimum threshold to consider before taking a case to court," Haji said.

A new charge sheet with new elements will also be developed to ensure investigators play their part in the prosecution of cases. The charge sheet will be launched next year.

Prosecutors are currently undergoing a three months training spearheaded by IJM and other parties on the implementation of the new guidelines.

The course will be further advanced at later stages depending on the case and developments of Kenyan laws, according to the DPP.

The DPP exuded confidence that the Guidelines on Decision to Charge would bring uniformity, predictability and accessibility in the dispensation of justice all.

He added that in developing the guidelines, ODPP benchmarked widely but customised the guidelines to the unique justice system in Kenya.

"When my term expires, I want to leave systems that work. I want to ensure that justice is served to everyone equally," he said.