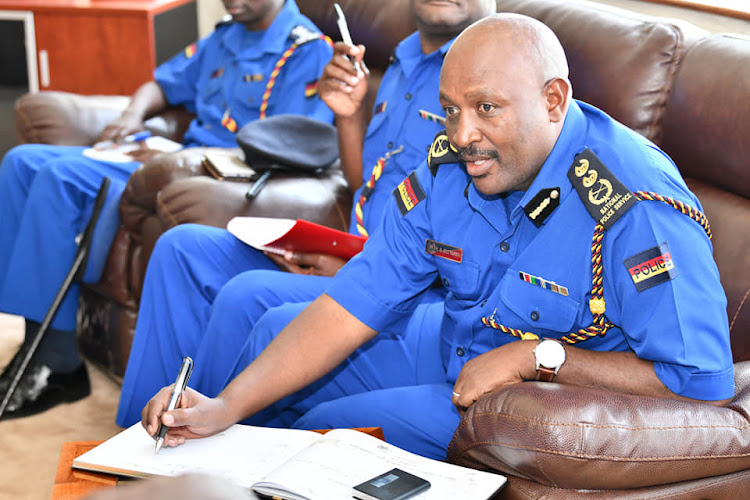 Police are no longer mounting roadblocks in the Western region contrary to claims that the barriers still exist.

“We don’t have any roadblocks on our roads in line with a directive by the Inspector General. Roadblocks are only mounted with express permission by officers commanding divisions based on reasons given,” Kimani said.

She said such roadblocks are often removed immediately after the objective of erecting them is achieved.

"The mobile traffic checks should not be mistaken for roadblocks. Anyone who comes across a roadblock should report to the nearest police station immediately for action,” she said.

She said that mobile traffic checks were conducted by officials from NTSA and the Traffic Police, while the officers who were manning static traffic points have been deployed to other general duties.

Traffic police officers have in the past been accused of engaging in extortion of motorists at roadblocks.

Kimani said the last roadblocks in Western were erected during the enforcement of Covid-19 protocols and curfew.

She also dismissed as unfounded, claims that police are enforcing the Covid-19 protocols selectively.

“It’s the responsibility of the police to ensure security for all Kenyans. All leaders who follow the right channels in organising their events are allowed to proceed on strict adherence to the pandemic protocols. I’m not aware of anyone who has been discriminated against,” Kimani said.

The police boss said the crime rate has sharply dropped in the region. She attributed the decline to increased patrols by the police.