• Parties to appear before Political Parties Dispute Tribunal on September 21 for a full hearing of the petition by party founders.

• The tribunal had granted the Kiyiapi team orders barring the new officials from transacting the business. 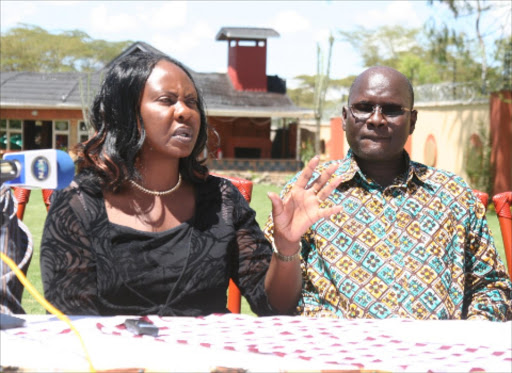 Mt Kenya East bigwigs have lost the first round of their bid to take over the Restore and Build Kenya party associated with former Education PS James Ole Kiyiapi.

The proposed new officials, through lawyer Paul Muite, had argued that the tribunal lacked jurisdiction to hear the case filed by the Kiyiapi team challenging the takeover.

However, the tribunal ruled that it has the power to hear and determine the petition challenging the takeover by the Mt Kenya East bigwigs.

“Where an individual attempts to invoke internal dispute resolutions mechanism and the political party frustrates or ignores the same, the tribunal can assume jurisdiction in the interests of justice,” the ruling by Desma Nungo, the PPDT chairperson, reads.

“The political party having made an express determination on the complaint, we, therefore, find no fault in the complainants approaching the tribunal,” Nungo said.

"Taking into consideration the foregoing, we find that the preliminary objection dated August 20, 2021, has no merit and we accordingly dismiss the same with no orders as to costs,” the tribunal held.

In their submissions, those eyeing the party held that the complainants - Alloysius Okotch and Peter Ondeng – had not exhausted the internal dispute resolutions mechanism.

They submitted that the complainants should have filed a complaint with the party and not just the Registrar of Political Parties.

Through lawyer Linah Moraa, they argued that they were not given room to argue their case when they approached the new officials.

“It was the failure of the said party to address our concerns that resulted to the presentation of this complaint and application before this tribunal,” they submitted.

ORPP told the tribunal that they wouldn’t make any submissions in response to the preliminary objection filed by the new RBK officials.

The tribunal held that “prior to effecting changes – which must be in accordance with the party constitution and rules - the political party is supposed to take into account objections received.”

“There are correspondences evidencing objections to the gazette notice, ORPP message to the party for their action and the political party’s response to the ORPP on the same,” the tribunal held.

The development may worsen the prospects by the Mt Kenya East bigwigs seeking to use the party for the 2022 general elections.

The team led by Kiraitu and Kivuti is banking on RBK as the party through which Mt Kenya East would negotiate in 2022.

The tribunal, which exercises powers similar to a High Court, further directed that the respondents prepare a full defence ahead of a hearing of the case on September 21.

Last month, the tribunal granted the Kiyiapi team orders barring the new officials from transacting the business of the party until the matter is heard and determined.

Among the prayers the claimants are pursuing is for the court to reverse the takeover that was granted by the office of the registrar of political parties.

The tribunal is expected to rule on a prayer by the complainants for an order quashing directives of the Gazette Notice No.7487 appointing the new officials of the RBK party.

The petitioners further want a permanent injunction issued restraining the office of the Registrar of Political Parties from registering the 12 as current officials of RBK.

“The respondents and their agents as well as servants herein are restrained from acting as officials of Restore and Build Kenya,” the petitioners prayed.

Restore and Build Kenya Party members said they were not privy to the changes
News
1 month ago
by MOSES ODHIAMBO Political Writer
News
15 September 2021 - 23:00