Influencers were paid to directly harass and discredit journalists, judges and civil activists on Twitter.

• The research was conducted between May and June 2021.

• It shows influencers were paid to directly harass and discredit journalists, judges and civil activists on Twitter. 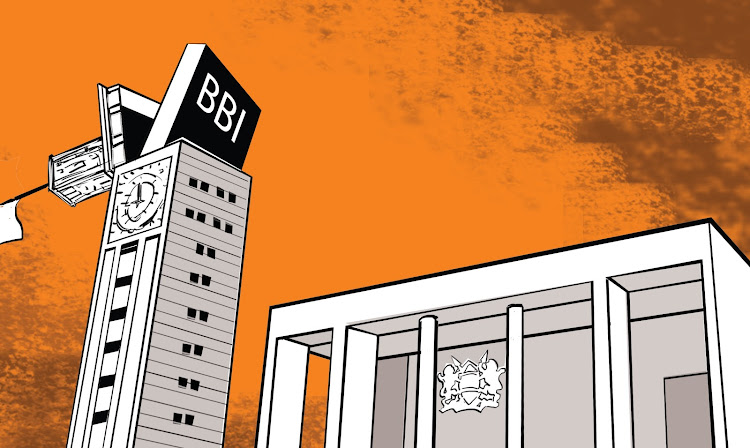 Influencers were paid to directly harass and discredit journalists, judges and civil activists on Twitter.
Image: THE STAR

Confronting harassment by Kenyan Twitter influencers - recently revealed to have been paid to promote misinformation - is akin to dealing with guerrilla warfare, admits an activist involved in a legal battle to stop a change to the constitution.

"It is waged against you until it tires you out," Daisy Amdany told the BBC about the Twitter attacks those behind the court case have faced.

The mudslinging led one activist to opt out of the campaign and "at least three people have taken a break because of the level of insults and misinformation that they have encountered", she said.

Ms Amdany was reacting to a report by the non-profit Mozilla Foundation - Inside the shadowy world of disinformation for hire in Kenya - which makes startling reading.

It shows how shadowy financers have deployed an army of Twitter influencers to co-ordinate disinformation campaigns in favour of a government-backed constitution amendment bill, known as the Building Bridges Initiative (BBI).

According to the research conducted between May and June 2021, they were paid to directly harass and discredit journalists, judges and civil activists on Twitter.

It is not a surprise that Twitter was targeted given the East African nation has one of Africa's loudest and most engaged internet communities, collectively known as Kenyans on Twitter (#KoT).

The research showed the disinformation business to be lucrative, with influencers for political hire paid roughly between $10 (£7) and $15 to participate in three campaigns per day. Some influencers managed to reach retainer level and were paid about $250 per month.

Payments were made directly to their phones through the mobile money platform M-Pesa.

Influencers interviewed refused to reveal who was paying them, but one told the researchers that sometimes the money came before the campaign and sometimes afterwards.

Those behind the campaigns used WhatsApp groups to send influencers content and detailed instructions.

They were told to promote tags - trending on Twitter was the primary target by which most of them were judged.

The aim was to trick people into thinking that the opinions trending were popular - the equivalent to "paying crowds to show up at political rallies", the research says.

Twitter is also alleged to have profited by placing adverts on the disinformation campaigns.

An agency that sells Twitter adverts in Kenya offers promoted trends for $3,500 per day, the report says.

"While we weren't able to independently confirm the tweet-for-pay activity described in your report, we could confirm the presence of at least one network of co-ordinated accounts," Twitter said in response.

About 100 accounts run by Kenyan Twitter influencers have now been deactivated by the tech giant for violating its platform manipulation and spam policy.

The waves of attacks launched against the judges were intended to discredit their independence, using hashtags including #AnarchistJudges, #JudiciaryRevenge, #JudicialPayback and #Justice4Sale.

An average of at least one disinformation campaign every two days was uncovered during the period before and after the High Court ruling in May.

The judges found the BBI proposal to be irregular, illegal and unconstitutional, a decision upheld by the Appeals Court in August - although the battle continues as the attorney general is challenging the ruling at the Supreme Court.

It all started on Twitter with photo-shopped images about those behind the bid to block BBI, who argued that the process used to implement the changed was flawed and unconstitutional.

"They talked about how we don't care about peace," explained Ms Amdany, who was among those who launched the Linda Katiba Movement (which in Swahili means "Protect the Constitution") in February.

"That we're foreign agents paid to destabilise the nation or [we're] people who are not accountable, the evil society, noisemakers, loudmouths.

"A lot of it is used to mobilise hatred and cast aspersions on the intent and character of the people driving any particular campaign."

Activists were also portrayed as being funded by Deputy President William Ruto - a key opponent of BBI.

Some of the accounts used suggestive pictures of women as profile pictures to bait men into following them.

However, the hired influencers have managed to scare away critical voices from the debate on Twitter, with civil activists saying they now self-censor on the platform.

"What was once a place where one could have some semblance of a healthy discussion on topics has now been completely poisoned. Dissenting voices will often find that an entire army of bots will sit in your mentions should you voice your opinions," one activist was quoted as saying.

Ms Amdany agrees - deciding to delete her personal Twitter account a while back because of trolls - though the women's rights organisation she heads, Crawn Trust, remains on Twitter.

There are fears these tactics could have repercussions ahead of elections scheduled for August 2022.

Deadly violence has marred previous elections but Twitter had been an area that has allowed political debate to flourish.

"Twitter could have blood on its hands for what they allowed to fester within their platform," the study warns.

"Initially, social media was a force for good in revitalising democracy," he told the BBC.

"But in time, people have learnt how to use it to manipulate public opinion. The question now is whether social media is good for democracy."

For Brian Obilo, the co-author of the report, one solution could be for Twitter to pause trends during key times such as elections.

"Twitter could also employ human moderators in multiple countries to review trends before they make it to the top of the trending topics section," he told the BBC.