Its decisive vote basket and political dynamics forces them to go to Mt Kenya. 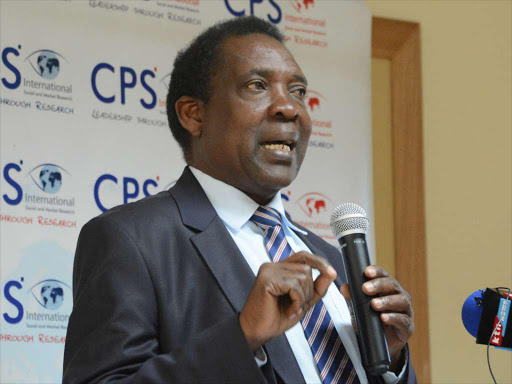 These two gentlemen, ODM leader Raila Odinga and Deputy President William Ruto, don't have a free hand in deciding where to find a running mate.

Their hands are tied. The country's political dynamics and decisive five million votes force them to go hunting in the Mt Kenya region.

Going to Mt Kenya means not only benefits but also challenges.

Of course, Raila has to choose from William Kabogo, Peter Kenneth and the like. But the name increasingly popular for running mate is Agriculture CS Peter Munya. People are talking about him a lot.

But a new face could always emerge and compromises can be made. For example, Speaker Justin Muturi could be told, don't run for president, deputise Raila.

Then there is Jimi Wanjigi – that is a long shot, of course – Raila may have not much problem with him but I doubt President Uhuru Kenyatta would be thrilled.

DP Ruto has the names we already know, but there could be a surprise.

The ones we know are people like Kimani Ichung'wah, Moses Kuria — although he seems to be playing for another team, he doesn’t have to be 100 per cent hustler — and Alice Wahome.

The most prominent name, the man who seems to be running away with the trophy in deputising Ruto from Mt Kenya, is MP Rigathi Gachagua.

Of course, Raila has other names, including Health CS Mutahi Kagwe. But he's more popular with the people fronting CS Fred Matiang'i.

Raila may have wished to pick someone else from another place but so long as he plays on Uhuru's team, the President will have a say on who deputises him.

The death of BBI means Uhuru's interests, which are the Kikuyu interest, must be taken care of. That means Mt Kenya.

The same can be said of Ruto. If he were to go outside the region, he will lose all these people and have no loud campaigner for him on the mountain.

But Ruto has a bigger challenge than Raila. If he chooses Rigathi from Nyeri, the others will shout, especially in Murang'a.

He has made sure that he has reached out to the last man in the last village, which places him ahead of the pack.
News
4 months ago