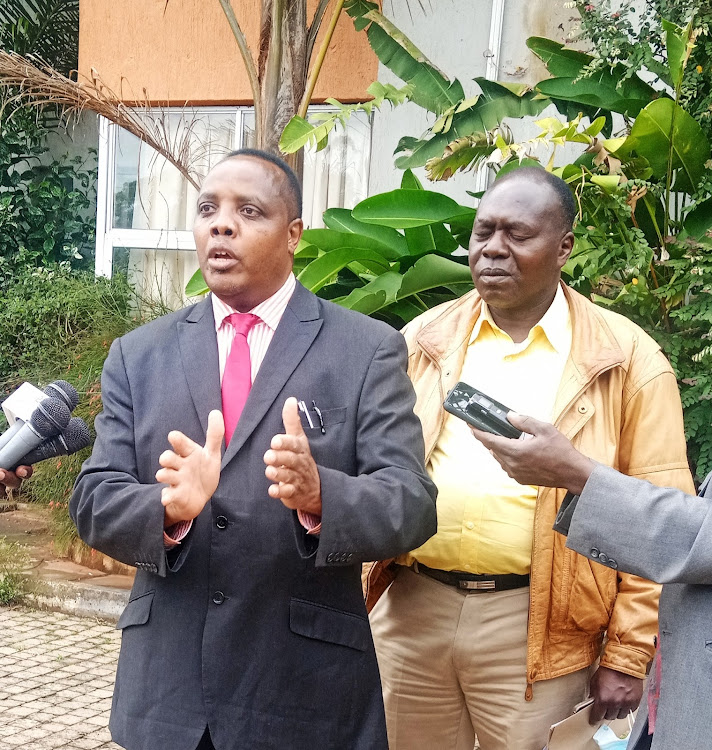 A lecturer at the University of Regina in Canada Dr Joseph Mbugua Mburu has declared he will run for president next year.

Mburu said he will run on his Daraja Redevelopment Party (DRP). He is the party leader.

Speaking in Kakamega, Mburu said he was ready to offer servant leadership and ruled out possibilities of teaming up with other parties in a coalition ahead of the 2022 race.

Mburu who was born in Bungoma county becomes the fourth presidential candidate from Western. Others are Mudavadi, Kituyi and Kigame.

Mburu said other presidential candidates have nothing new to offer, having been around for close to three decades without meaningful change in the lives of Kenyans.

He said that he will not join coalitions because they will distort his agenda for Kenya.

“Alliances have been in Kenya for close to 20 years but they have not helped to improve lives of Kenyans. They are only formed for purposes of acquiring power and not service to Kenyans,” he said.

“I am coming from outside the political class. My socialisation is not that of being MCA, MP, governor and president because what people who go through that system do is steal. I know what I want to do and how to do it,” he said.

He said his first agenda will be to create jobs for the youth who have been trained and have no jobs. He said he will establish factories in all the 47 counties to create job opportunities.

He said the rise in crime across the country was a result of economic hardships that must be fought diligently and not with empty promises.

Kenyans have given those angling to run for president over three decades and they should now exit the scene and allow fresh blood to take over, Mburu said.

“Instead we will lower taxation to allow businesses to thrive effectively to fight poverty,” he added.

The don said Kenya Revenue Authority has done its best to raise revenue required to run the government and fund development but corruption has curtailed their efforts.

Mburu said Kenyans want leaders who will serve them and not those who will use them for personal aggrandizement.

Mburu worked as an assistant secretary in the then Office of the President (Provincial Administration and Internal Security), Office of the Vice President and Ministry of Finance in the 1990s.

He ran for the Trans-Nzoia governor’s seat in 2017 and lost.

Mburu holds a Doctor of Philosophy from York University in England UK, Msc Administrative Science and Development from the same university and Bachelors’ degree from the University of Nairobi.

He said calls for the removal of the Independent Electoral Boundaries Commission chairman Wafula Chebukati will be disruptive to the election process.

“Those calling for the same cannot be trusted to give Kenyans a commission they want. My administration will restructure the commission if elected to office,” he said.

Mburu said his party was recruiting members before rolling out his campaigns.