Abdiswamad, 55, was abducted on Wednesday at around 10am along Tubman Road by four people.

• Human rights organisations following up on his disappearance believe his assailants may have been concerned with his stance and must have wanted to silence him.

• DCI boss George Kinoti promised Muslim leaders and lobbies that he would personally oversee the probe into Abdisamad's case and apprise them in seven days. 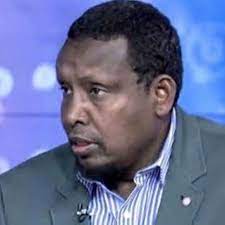 Human rights organisations following up on his disappearance believe his assailants may have been concerned with his stance and must have wanted to silence him.

Abdiswamad, 55, was abducted on Wednesday at around 10am along Tubman Road by four people.

The four wrestled him to the ground before cuffing his hands. They then bundled him into a double cabin pick-up truck they were using.

The assailants sped off towards Muindi Mbingu Street.

Witnesses said one of them was armed with a pistol.

A missing person notice circulating on social media shows the registration number of the vehicle to be KCW341Y.

DCI boss George Kinoti promised Muslim leaders and lobbies that he would personally oversee the probe into Abdisamad's case and apprise them in seven days.

Haki Africa executive director Hussein Khalid told the Star that his team and the cleric's family travelled to Garissa over the weekend to see if his body was among the 11 recovered in Tana river and dumped in the local morgue.

They have also checked on all the mortuaries and police stations, with no luck.  "We are working closely with the family on the search," he said.

Khalid said their working theory is that Abdisamad could have been targeted by people who were uncomfortable with his pro-Somalia stance.

"We are aware he has complained about being threatened owing to his great interest in Somali politics, and the relationship between Mogadishu and Nairobi. Not much information is available so far."

Abdisamad is the executive director of the Institute for Horn of Africa Strategic Studies and an analyst at Southlink Consultants.

A check through his digital footprint shows that he regularly published his opinions on the internal politics of Somalia, as well as on the relationship between Nairobi and Mogadishu.

He published the opinions on social media and national dailies.

On the day he was abducted, for instance, he had claimed on Twitter that the ongoing infighting between Somalia's President Mohamed Farmaajo and Prime Minister Mohamed Roble was being fanned by the UK and western powers to orchestrate a coup.

"Row between President Farmaajo & PM Roble took a new twist. Why? Because UK-led axis is inciting Roble to rebellion. UK's man, Robow, didn't become president in SWS. Ikran, an alleged UK agent, was killed. It's up 2 Somalis 2 rise up against UK-UAE axis & save their country from a Sisi-type coup," he wrote.

His opinions also suggested Kenya was dealing unfairly with Somalia. In his July 18 piece, he argued that Nairobi was being tough on Mogadishu.

He suggested that Kenya felt that Somalia was not grateful enough after helping the country through its decades of instability and war.

The Sheikh said that Kenya should not forget that Mogadishu was a huge business hub that offered an annual Sh20 billion market for miraa from Meru.

“The two are inextricably linked on many fronts, including sharing a porous border. The frosty ties mean a significant loss for both nations. For example, the miraa trade with Somalia was worth about Sh20 billion per year, but the ban on miraa in Somalia has devastated the Meru community,” Abdisamad wrote.

He also called on Kenya to abandon its belief that 'since we assisted Somalia, it owes us gratitude' in favour of a 'new, genuinely feasible approach based on mutual respect and equal partnership'.

Kenya must also sever ties with rogue regional administrations that often try to sever relations with the federal government of Somalia, he had argued.

“Nairobi must also close the offices of anarchist elements operating from its territory; many of whom operate under the guise of non-governmental organisations or think tanks that make millions of dollars ostensibly working to promote democracy in Somalia, but in reality actively trying to destabilise Somalia," he wrote.