MPs hit at Mwangemi, say he had shown a level of disrespect that they could not condone 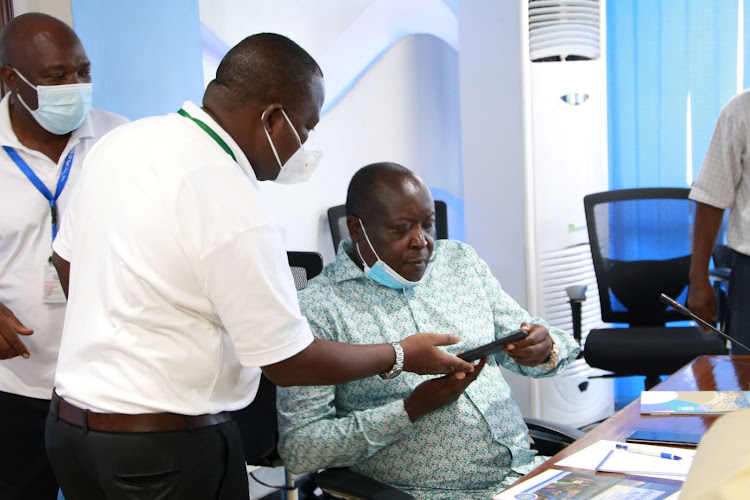 A meeting between a parliamentary select committee and the Kenya Ports Authority aborted on Monday after acting managing director John Mwangemi failed to show up.

They threatened to decrease KPA's annual budget. “If this MD is not serious with our oversight work, then he doesn’t need a budget,” Garsen MP Ali Wario said.

The five MPs said they have used public resources to travel to the Mombasa port and it would be a waste to not get satisfactory answers from ‘lower cadre’ officers of the authority.

Mwasinago told the MPs Mwangemi was in Kisumu for an official meeting.

However, the MPs including Wario,  Ahmed Abdisalan (Wajir North), Hassan Kulow Maalim (Banissa) and Dominic Koskei (Sotik) would hear none of that.

Session chair Nakuru Town West MP Samuel Arama and Changamwe’s Omar Mwinyi were lenient and tried to plead with their fellow MPs to allow Mwasinago and his team to continue answering questions.

But Wario and Abdisalan, who were the most vocal, said Mwangemi had shown a level of disrespect that they could not condone.

“I am not convinced that there would be a meeting so crucial in Kisumu that it would warrant the KPA boss to snub the first meeting with Parliament,” Abdisalan said.

This forced Mwasinago to call Mwangemi who then talked to Arama on phone, explaining his absence.

According to Arama, who was standing in for the committee chair Pokot South MP David Pkosing, Mwangemi said the letter he received from Parliament allowed him to delegate duties.

Mwangemi said he would be back in Mombasa on Wednesday in preparation for a KPA board meeting on Thursday.

“I would not blame the MD for delegating the duty because even the Parliamentary clerk has confirmed that he had given leeway in the letter for the MD to delegate,” Arama said.

However, Abdisalan insisted it is important for a new MD to meet a delegation of MPs in person so as to get to know one another.

“Any management function has some aspect of delegation. However, it is up to the office holder to know which duties to delegate and which to attend to in person,” the Wajir North MP said.

Trouble started when Wario wanted to know the number of people employed by KPA since 2018, the distribution of appointments and the representation of the counties in the appointments.

Mwasinago had started explaining that 100 people were employed and deployed to the Lamu port while many more were transferred from the Mombasa port.

However, when he could not disclose more details, the MPs got frustrated that even Arama, who had been trying to defend the KPA officers, got fed up.

Mwasinago said the letter they received indicated that they would be asked question relating to the new berths and cargo evacuation, thus were not prepared to answer questions beyond that.

This angered the committee even more.

“I think this now makes it even more crucial that we postpone this session until such a time when the MD will be available,” Arama said.

Mwinyi said even though 70 per cent of the Mombasa port is in his Changamwe constituency, he is yet to meet the new MD.

Mwangemi was appointed on July 1 following a prolonged recruitment exercise with the names fronted by the recruitment board twice being rejected by National Treasury CS Ukur Yatani.

Mwangemi’s appointment was challenged in court by Commission for Human Rights and Justice who said the KPA board did not have a quorum to make such an appointment.

This is after chairman Gen (Rtd) Joseph Kibwana’s tenure lapsed.

CHRJ executive director Julius Ogogoh argued that the appointment was unfair and secretive.

However, sources in KPA told the Star that the MD is nursing a very close family member who has been sick for the last three months.

“The MD has someone very dear to him that is sick. He may have missed the meeting to attend to her. But it might also be true that he is in Kisumu,” said the source.

Earlier, Mwasinago had told the committee that the port has been recording improved performance since operations were disrupted by the Covid-19.