WHO lists another Covid variant of concern

The B.1.621 first identified in Colombia in January has been reported in at least 39 countries 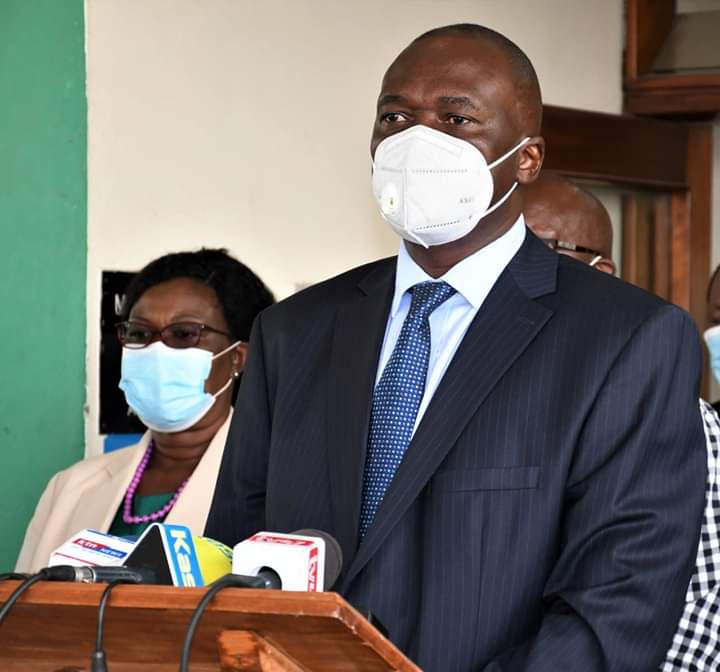 Local health experts are on high alert after a new Covid-19 variant has been reported in at least 39 countries.

The Mu variant, also known as B.1.621, was first identified in Colombia in January and has since been added to the World Health Organisation’s list of variants of concern.

Even though there is no data yet to show if it will overtake the dominant Delta strain, of great concern is its increased nature of mutations, transmissibility, vaccine escape and its potential for increased severe disease.

The genomic sequencing and surveillance teams are now conducting a series of researches to be able to pick the new strain should it land into the country.

“When we do surveillance every variant that is discovered we deposit the composition of that variant in the portal called GVN which is managed by the WHO,” Health DG Patrick Amoth said on Thursday.

"So based on that we have the characteristics of that particular variant, so we compare it with what we are doing here.”

He said, for that variant, some people who got the full dose of the vaccine could still get infected, that is why it is on the WHO radar and the global community including Kenya.

The lethal Delta variant is now dominant in Kenya, accounting for 96.7 per cent of all sequenced coronavirus cases and has been attributed to the fourth wave that has ravaged the country in the past weeks.

The ministry has however noted that the cases are on a decline, but cautioned against dropping the guard.

In India, data estimates show Covid-19 has killed about three million people, Delta accounts for 52 per cent of all cases.

“If we find a match then we will be able to tell you we have discovered the new variant in Kenya,” Amoth said.

"It is a variant of concern because it shows constellation of mutations which is compatible with increased transmissibility and a potential for increased severe disease.”

States with a higher estimated prevalence of the variant include Alaska and Hawaii, though nationwide the variant has been detected in less than one per cent of samples.

Experts from the WHO have however said that the Delta variant is still ‘most concerning’, appearing to “outcompete” others.

Mu has a number of mutations that suggest it could be more resistant to vaccines, WHO said at the time, noting that further research will be needed.