CS in Laikipia to review ongoing police operations there to flush out armed bandits.

• The CS announced this on a gazette notice dated September 9.

• He said he will announce a number of changes while there as part of efforts to address the crisis. 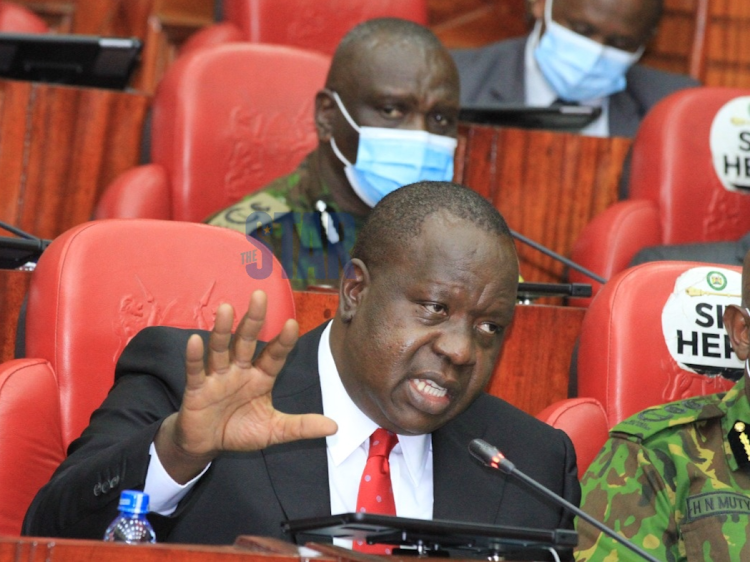 He announced this on a gazette notice dated September 9.

A district also comes with a sub county police commander, which will enhance faster response from security agencies.

Matiang’i is in Laikipia county to review ongoing police operations there to flush out armed men terrorizing locals.

He said he will announce a number of changes while there as part of efforts to address the crisis.

Gunmen have been attacking and killing locals and police displacing many.

The military is offering air support in the operation and so far several government agencies are involved in the exercise.

The CS said they are determined to solve the crisis that recurs every election time once and for and told local leadership to support operations.

A major operation with military support has been launched to permanently end the Laikipia violence that breaks before every general election.

Matiang’i earlier this week said the operation will be thorough and "like no other".

It is intended to last seven days and a 6 pm to 6 am curfew has been imposed in the 'disturbed area', the Laikipia Nature Conservancy.

Matiang'i said in the past such violence is not just the doing of bandits and rustlers.

He said it is more than a fight for land, water and pasture but is organised and instigated.

The military offers various forms of support. The operation also involves the police and other security agencies. National Police Reservists are being recruited to help.

The operation started with the declaration of a dusk-to-dawn curfew in Laikipia Nature Conservancy on Monday after the National Security Council met at State House, Nairobi.