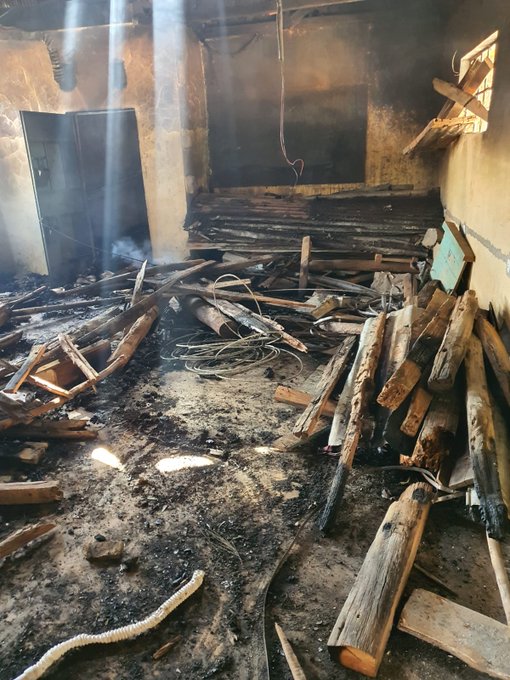 A major operation with military support has been launched to permanently end the Laikipia violence that breaks before every general election.

Interior Cabinet Secretary Fred Matiang’i said the operation will be thorough and "like no other".

It is intended to last seven days and a 6pm to 6am curfew has been imposed in the 'disturbed area', the Laikipia Nature Conservancy

He said on Tuesday it involves a multi-agency team, all responses will be coordinated and address the real drivers of conflict, beyond the fight for pasture and water.

“This thing (violence) plays out before election time and then we pacify it; after elections, it goes away and comes back again. But now we have taken a much broader approach and we have more government agencies involved,” Matiang'i said.

He made the remarks after meeting the Inter-Faith Council alongside Health CS Mutahi Kagwe in Nairobi.

Matiang'i has said in the past such violence is not just the doing of bandits and rustlers. He said it is more than a fight for land, water and pasture but is organised and instigated.

Wealthy people are said to own livestock and politicians whip up the communal sentiment to regain what communities consider their ancestral land.

The CS said the approach is unprecedented.

“We want to resolve the matter completely, but as a rule, we don’t like making comments when an operation is going on," Matiang'i said.

"I want it to get to a certain period, then we can go to the ground and give an extensive interview on the same.”

The military offers various forms of support. The operation also involves the police and other security agencies. National Police Reservists are being recruited to help.

The operation started with the declaration of a dusk-to-dawn curfew in Laikipia Nature Conservancy on Monday after the National Security Council met at State House, Nairobi.

On Tuesday, police said they thwarted an attempt by bandits to torch the abandoned Merigwiti Primary School. The arson followed an operation to flush out criminals who have been invading ranches.

“Only a store containing building materials (wood) caught fire, which was promptly put out with no damage to the school," Police IG Hillary Mutyambai said.

No one was injured. The school had been closed due to insecurity.

Police spokesman Bruno Shioso said he was on the ground and the operation is going on well.

At the NSC meeting, it was noted the region continues to suffer insecurity as a result of rampant cattle rustling, as a result of competition for water and pasture.

Matiang'i said the Laikipia Nature Conservancy and environs had been declared a disturbed area and therefore a security operation zone.

On Monday, he told all cattle owners who illegally moved animals into the conflict zone to remove them in two days.

“All leaders — including politicians, businessmen, public officers and others — who have illegally moved their livestock into the conflict zone are to remove them within 48 hours,” Matiang'i said.

The NSC meeting came two days after an earlier one by the National Security Advisory Committee (NSAC).

The gang operating in the area on Sunday killed one man after it had torched more than 40 houses, displacing many residents.

In September, two people were killed in an attack, raising to more than 10 the number of people who have died in three months. Many others were wounded in conflicts overgrazing.

The NSAC meeting also agreed to recruit more National Police Reservists to help in the operations.

He said they have frustrated previously peace efforts and warned that the government will implement necessary decisions, even if they are unpopular with the political class.

On July 28, the government gave invading herders seven days to vacate private farms and move out of the county, or face evictions.

Kibicho blamed the encroaching herders for violent clashes with local farmers and owners of private ranches and conservancies.

Correct to deploy army in Laikipia

The government is right to deploy the army in Laikipia because armed militias cannot be allowed to take the law into their own hands.
Opinion
8 months ago

Teams assemble ahead of Laikipia operation on illegal herders

Military has joined the teams as deadline for herders to leave the ranches ends
Counties
8 months ago
by CYRUS OMBATI Chief Crime Reporter
Rift Valley
08 September 2021 - 22:00