Upkeep for children born out of wedlock to be mandatory

•The proposed law allows joinder of children as parties to a court case.

•Two or more persons may have and exercise concurrent parental responsibility over the same child. 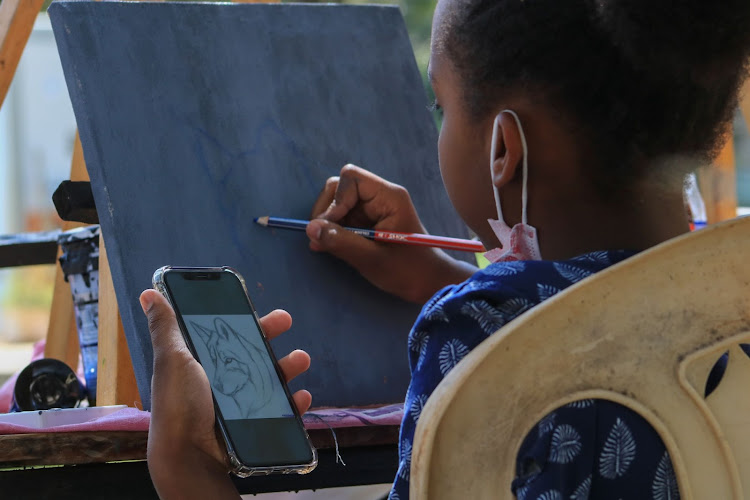 The Children Bill, 2021, provides that no person shall subject a child to armed conflict, hostilities or recruit a child in armed conflicts.
Image: WILFRED NYANGARESI

The government has drawn a new set of laws spelling out a raft of hefty fines for child neglect and abuse, especially in social and electronic media spaces.

The Children Bill, 2021, seeks to repeal the Children Act, 2001, to provide for penalties for denying a child the right to life, survival, wellbeing and development.

The bill sponsored by Majority Leader Amos Kimunya gives the state powers to take measures against any abuses of child rights and neglect of parental responsibility.

“Neither the father nor the mother of the child shall have a superior right or claim against the other in the exercise of such parental responsibility.

“Where a child is born out of wedlock, and the parents of the child subsequently get married to each other, the parents shall have parental responsibility for the child on an equal basis,” it reads.

In the event either or both parents of the child subsequently marry other persons, the parent assuming legal custody of the child shall be entitled to exercise parental responsibility for the child.

The bill provides that they would do this either alone or jointly with spouses. “Two or more persons may have and exercise concurrent parental responsibility for the same child.”

At the same time, the proposed law seeks to provide that “no court shall pass a death sentence for any offence committed by a child.”

In the new dispensation, a child found in Kenya who is under eight years whose nationality and parents are not known will be presumed a citizen by birth.

Also proposed is that children aged between 13 and 16 years may be engaged in jobs under terms and conditions set in regulations drawn by the Labour Cabinet Secretary.

The new law also allows a child aged 12 years and above to be made a party to any court proceedings.

Such children “shall be entitled to notice of such proceedings, unless the court considers that it is not in the best interest of the child to be made a party to, or participate in, the proceedings.”

It further provides that every child whose parent or guardian is unable to offer support has the right to social security as guaranteed by the Constitution.

Should MPs approve the bill, it will be an offence for a parent to fail to take their children to hospital. They would risk a Sh50,000 fine or 30 days in jail.

The new law also sets a Sh2 million fine or five years in jail for subjecting a child to any form of abuse, including psychological, emotional and mental distress.

The bill further sets a one-year jail term or Sh200,000 for discrimination of a child on the grounds of age, origin, sex, religion, creed, custom, language or status, race, disability, tribe, residence.

Persons who deprive children of their inheritance would also be liable for Sh500,000 fines or two years in jail, or both if found guilty.

“A person who deprives a child of any property or benefits accruing to the child under or by the law relating to inheritance commits an offence,” the bill reads.

The proposed law defines child abuse to include the use of a child in, or physical, electronic or online exposure to prostitution, pornography or any other unlawful sexual practice.

It would also be criminal to disseminate to a child any material, information, education or health services that promote, induce, condone or normalise sexual activity or behaviour among children.

“Any person may institute court proceedings claiming that any right or fundamental freedom of the child has been denied, violated or infringed, or is threatened.”

Parents or guardians would also be barred from subjecting children to forced circumcision for a male child, and female genital mutilation for the case of girls.

Those who force children to be circumcised or subjected to harmful cultural practices or rites would be liable for three years in jail or Sh200,000 fine or both.

The new law further provides that a person who causes the death of a child, whether directly or indirectly, through harmful practices would be jailed for life.

Parents who give their children harmful drugs like alcohol, tobacco, psychotropic drugs, or any harmful drugs, would face five years in jail or Sh500,000 fine.

A Sh2 million fine has also been proposed for any person who proposes or solicits to meet a child to engage in sexual activities contrary to the Sexual Offences Act.

This would apply to those who transmits or causes to be transmitted any obscene material or otherwise makes such material accessible to children.

The government intends to establish a Child Welfare Fund to facilitate expenses incurred in relation to alternative care and other social security programmes for the welfare of the child.

It would also be compulsory for every county government to appoint and designate specific areas as public child play and recreational facilities, accessible to all children, including those with disabilities.

Children have also been granted to hold public demonstrations in respect of issues affecting their wellbeing in society.

“Every child has the right to peaceably assemble, demonstrate or present petitions to public authorities, and to freely participate in matters affecting children,” the bill reads.

There is established under the bill, the National Council for Children's Services, which shall be a body corporate with rights to sue and be sued.

“The Council may, for the better performance of its functions, establish such County Children Advisory Committee.”

The bill also provides that the Inspector-General shall establish child protection units in every police station for children in conflict with the law.

A special police unit for children has also been proposed in the new legislation.

Children Bill not a win for men

Judges and magistrates have been alive to the fact that equal parental responsibility does not mean equal and similar financial contribution
Opinion
11 months ago
A working mother’s hardest goodbye
by MOSES ODHIAMBO Journalist and Political Writer
News
07 September 2021 - 06:20