Matiang'i said 51 officers are attached to Ruto's 10 other properties.

• Speaking in Parliament on Wednesday, Matiang'i said 51 officers are attached to Ruto's 10 other properties. 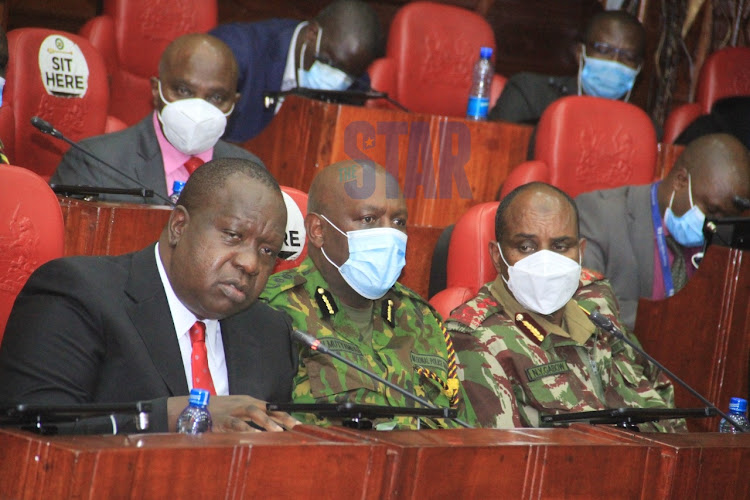 Interior CS Fred Matiangi on Wednesday on Wednesday when he appeared before Parliament's Committee on Administration and National Security.
Image: EZEKIEL AMING'A

Deputy President William Ruto has over 50 security officers attached to his other properties, Interior CS Fred Matiang'i has revealed.

Speaking in Parliament on Wednesday, Matiang'i said 51 officers are attached to Ruto's 10 other properties. 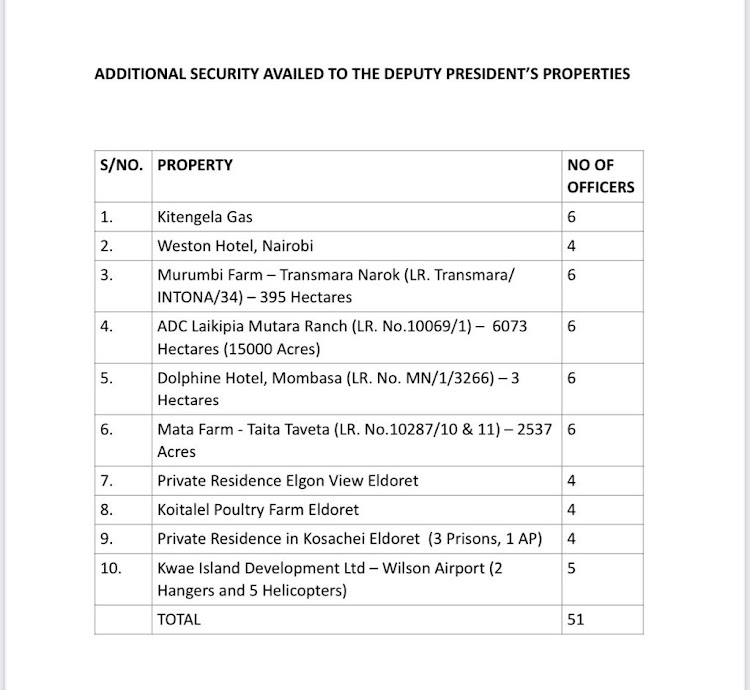 Koitalel Poultry farm Eldoret has four officers as well as his private residence in Kosachei.

Matiang'i told Parliament's Committee on Administration and National Security that Ruto has at least 257 police officers attached to him in various offices.

"We have not downgraded the security of the deputy. The rearrangement was done by the IG. It is considered in order," Matiang'i said.

The Interior CS explained the DP's security is multi-layered with the inner layer having 121 officers from the elite Presidential Escort team which has remained intact.

"This is routine. Are you going to spend time talking about routine? We are not outlining the law selectively. It comes down to taking moral responsibility as a leader."