Ruto had accused Kalonzo of grabbing the land, an allegation he denied and invited DCI to probe.

• Kalonzo has previously appeared before the DCI land fraud team.

• He was accompanied by among other his lawyers senators James Orengo and Mutula Kilonzo Jnr when he arrived at about 10.30 am. 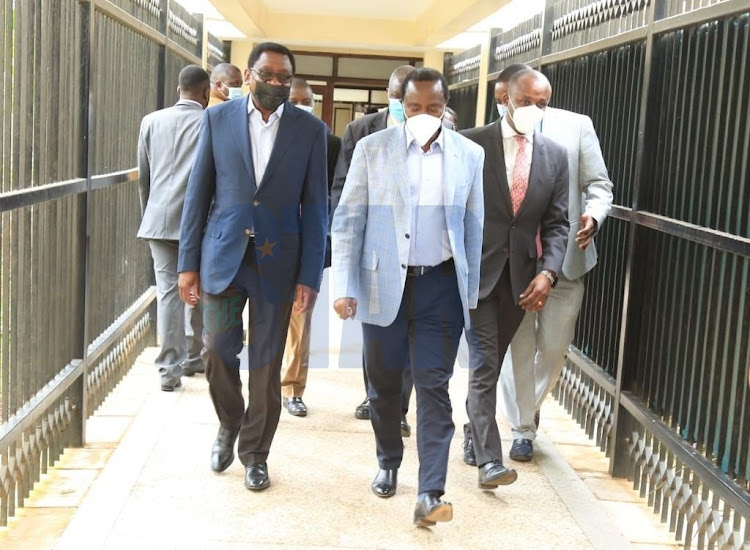 Wiper party leader Kalonzo Musyoka on Wednesday appeared before the Directorate of Criminal Investigations for questioning over land grabbing allegations.

Kalonzo said he had been summoned by the DCI for further clarification over allegations he grabbed land in Yatta, Machakos county.

“Just arrived at the Director of Criminal Investigations accompanied by my legal team to honour the summons,” he said.

Kalonzo has previously appeared before the DCI land fraud team.

He was accompanied by among other his lawyers senators James Orengo and Mutula Kilonzo Jnr when he arrived at about 10.30 am.

They emerged less than an hour later and announced the DCI had given them a report in regard to a complaint they had lodged in January this year.

“We were here over a complaint we lodged in January this year and the DCI has given us the report on the probe. We will address further on the same later in the day,” said Orengo.

Those who have seen the report said no evidence of grabbing had been found on Kalonzo.

The report says the land is clean.

Kalonzo had in January presented himself before the detectives to set the record straight over his acquisition and ownership of the Yatta land. 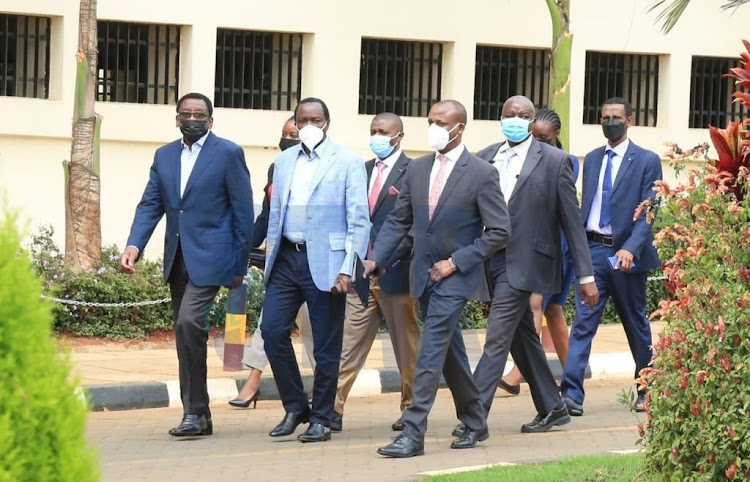 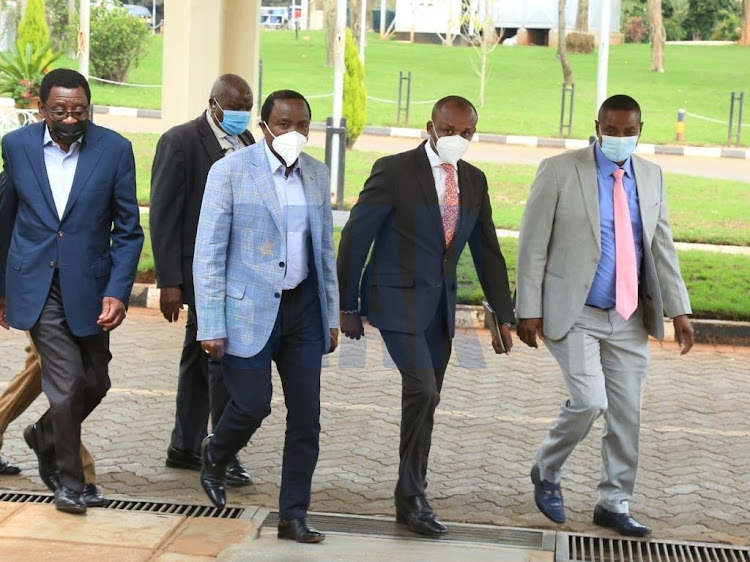 Kalonzo said he opted to present himself to clear his name following accusations by Deputy President William Ruto that he grabbed the land from the National Youth Service.

"I own the land legally, the claim by the Deputy President is outrageous and I challenge him to substantiate his allegations," Kalonzo said of the 200-acre farm at his rural home.

In making the claim, the DP blasted Kalonzo saying, "the only thing he has to show after years in government is the land he grabbed."

He also invited the DP to follow suit and present himself before the directorate for scrutiny.

"I have nothing to hide and I today challenge the authorities to open an investigation into this matter. I am today presenting myself for a thorough investigation by the Directorate of Criminal Investigations as well as the Ethics and Anti-Corruption Commission."

He accused Ruto of being a land grabber, citing a case in his Rift Valley backyard where he was once charged with grabbing land belonging to a businessman who later won the case and the DP was ordered to return his land.

In a follow up to the matter, Kitui Governor Charity Ngilu who was at the time heading the Lands Ministry, said Kalonzo had acquired his land “very regularly and very legally”.

The 200 acres have become baggage for the Wiper party leader.
News
1 year ago

But Kalonzo dismissed the claims as wild and constituted character assassination.
News
1 year ago
Post a comment
WATCH: The latest videos from the Star
by CYRUS OMBATI and FAITH CHEBET
News
25 August 2021 - 11:59
Read The E-Paper