•The Kaya elders began by conducting prayers at the Uhuru gardens in Malindi town where there is a statue of the Mijikenda heroine.

•They were dressed in full traditional regalia attended the ceremony though in low numbers. 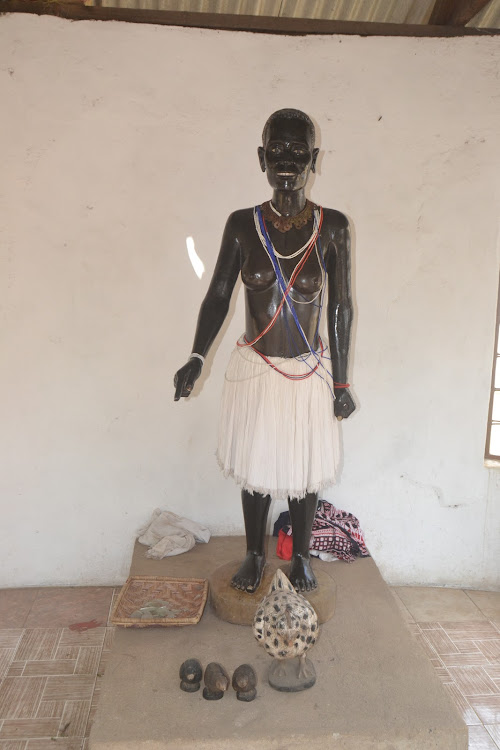 The statue of Mekatilili Menza at the Uhuru Garden square in Malindi.
Image: ALPHONCE GARI 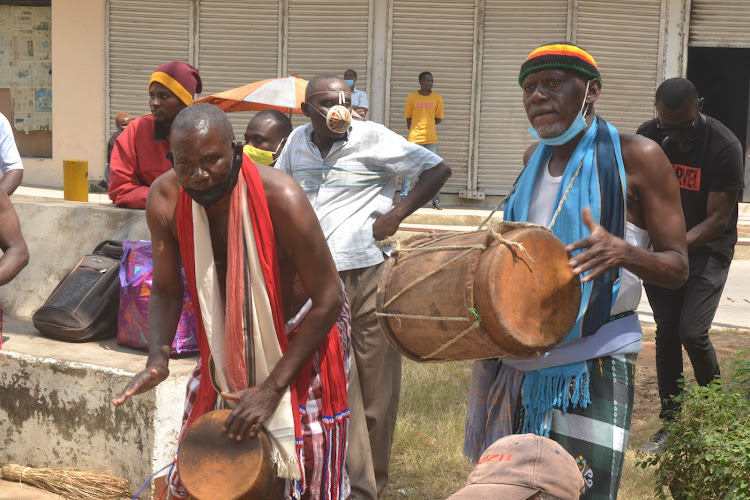 It was pomp and colour as the annual Mekatilili Menza festival to commemorate the heroine who led the Mijikenda in fighting against the British colonialists started in Malindi.

The organizers, Malindi District Cultural Association said the celebrations will be different as they would not go to Shakahola where Mekatilili attacked British colonialist Arthur Champion as planned due to the Covid-19 pandemic.

Instead, the Kaya elders began by conducting prayers at the Uhuru gardens in Malindi town where there is a statue of the Mijikenda heroine.

They then marched in town distributing face masks and sensitizing people on the importance of following the Health ministry protocols and coexisting peacefully.

They were dressed in full traditional regalia. 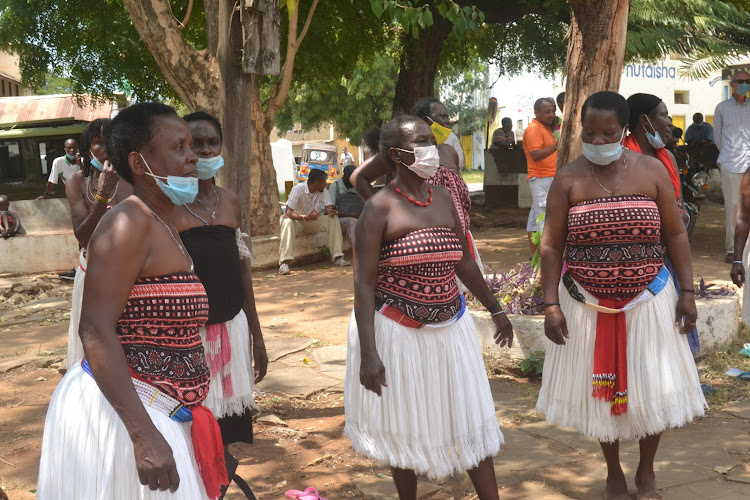 The association secretary general Joseph Karisa Mwarandu said in the previous years the festival used to attract hundreds of people but since last year the number is less due to the pandemic.

He said this year they were celebrating the festival differently by walking in Malindi town to sensitize people on Covid-19.

“We also want to let people know that there is a traditional cure which people can use to heal from the virus, the traditional process uses steam from hot water and herbs from trees that are medicinal,” he said.

Mwarandu said the steaming must be done in the morning and evening and traditionally it was used to treat Kivuti which is similar to Covid-19.

He also said they have prayed for security in the country, peace, and good health. 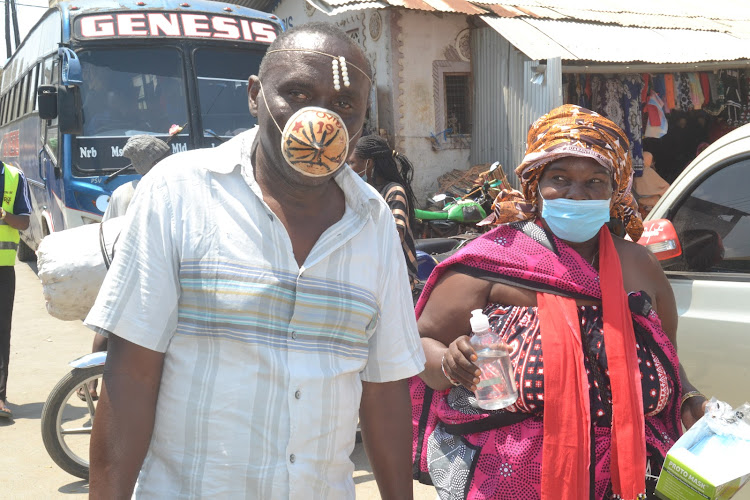 A Mijikenda Kaya elder with a unique mask take part in the Mekatilili Menza festival walk distributing masks and sensitizing residents of Malindi on the importance of following Covid-19 protocols.
Image: ALPHONCE GARI

Currently, he said the elderly are being killed on allegations of being witches and would be sensitizing people to stop the inhuman act.

“The climax of the festival for the first time, our guests of honour shall be the family members of Mekatilili Menza from her home and where she was married,” he said.

Mwarandu called upon leaders to desist from utterances that could spur violence especially in the wake of campaigns for the oncoming general elections.

Previously he said the country witnessed many deaths as a result of politics and the majority of those who died are youth.

Since the handshake, he said they expected the country would heal but currently, there are signs of people planning to cause chaos if they are not elected into power.

Kazungu Hawerisa a Kaya elder said the festival was important as it reminds the world of the Mijikenda heroine, Mekatilili Menza.

He however asked both the county and national government to ensure they honour the heroine by ensuring there is a statue at the gateway to Kilifi and the capital city of Nairobi.

Hawerisa said currently the statue of Mekatilili was small and made of wood but it’s supposed to be made of metal and huge.

“A good example is Machakos.  The Kamba put a statue of their freedom fighter in his honour and we expected Kilifi would do the same in honour of Mekatilili to show she is the first person to defend the country from the colonialists,” he said.

Stanley Kiraga the founder chairman of MADCA urged the community to embrace the festival as a way of preserving culture and ensure its continuity.

Kiraga said people should know Covid is real and be cautious.

The chairman said he has lost several relatives and he even contacted the virus at one point adding that it's time people should take responsibility as the disaster is deadly. 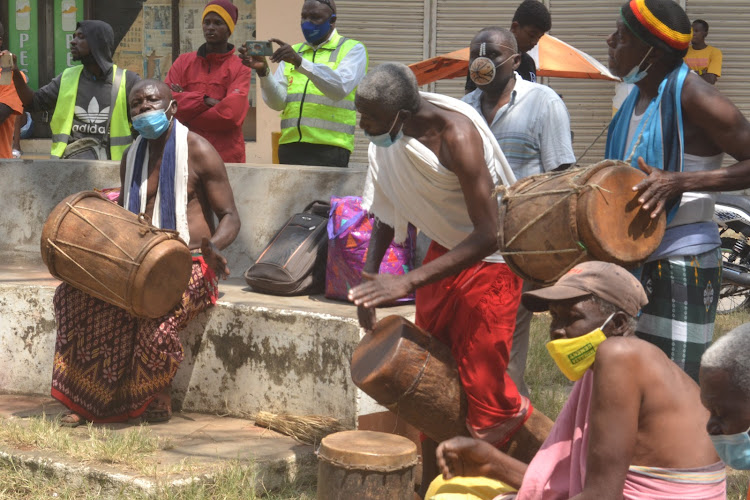