Lawmakers say the laws were submitted late, hence have no basis in law

•They said the IEBC contravened the law by publishing the limits before approval by Parliament.

•IEBC submitted the regulations to the National Assembly on August 5. 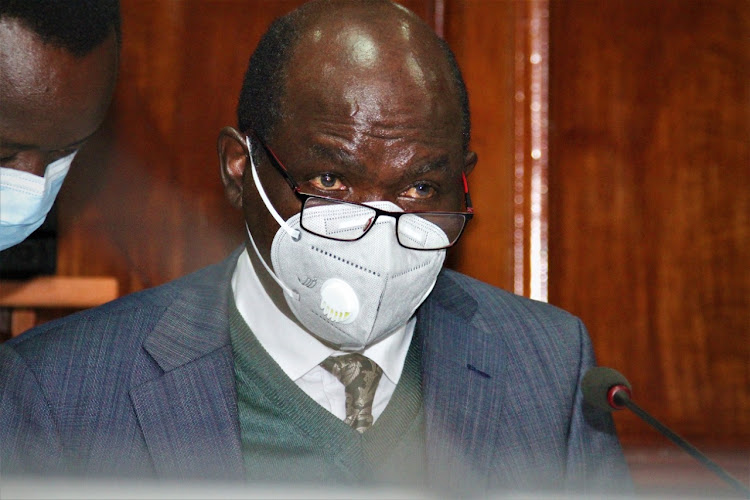 Politicians seeking various seats in the 2022 General Election may have leeway to spend as they please in the wake of no law to regulate expenditure.

MPs on Wednesday concluded that the Independent Electoral and Boundaries Commission had submitted the rules outside the timelines set in law.

The lawmakers quashed the campaign financing rules, saying they should have been approved 12 months to the August 9, 2022 General Election.

The Committee on Delegated Legislation said the Campaign Financing Regulations, 2020, had no legal basis for consideration by Parliament.

The IEBC was put on the spot for lifting regulations that were worked on in 2016 and only changing the dates to 2020.

At the same time, MPs said IEBC failed to attach the regulations in its first communication to Parliament on July 27. In the second instance, they sent the wrong document.

“The IEBC never attached the regulations. Counsels for Parliament were the ones that pointed out the missing regulations,” Mbeere North MP Muriuki Njagagua, who chaired the Wednesday meeting, said.

The lawmakers declared as null and void, the spending limits for 2022 elections as gazetted by the polls agency on Monday, adding that they were “published to make Parliament look bad.”

They said there is a strict procedure for publishing the ceilings, of which the IEBC skipped one step.

Spending by presidential candidates was limited to Sh4.4 billion, political parties at Sh17 billion, with other limits to apply for governor, MP, senator, woman representative and MCA seats.

For the rules, IEBC sought that candidates open accounts for their campaigns to be scrutinised by the commission and to also reveal their funding sources in an effort to ward off the use of illicit cash in the elections.

The IEBC was hard-pressed to clear out suspicion that there was some mischief with the late submission of the rules, yet they were ready four years ago.

During a meeting with the IEBC officials, MPs said the rules would not apply even if they were to be approved by Parliament.

The lawmakers said the IEBC contravened the law by publishing the limits before approval by Parliament.

They held that the regulations were to be approved by Parliament 12 months before the elections as spelt in the Elections Campaign Financing Act, 2013.

IEBC submitted the regulations to the National Assembly on August 5, a period within which MPs said they could not meet the August 9 deadline.

“Section 29 of Elections Campaign Financing Act, 2013 says IEBC cannot publish anything before bringing it to Parliament for approval,” Njagagua said.

“IEBC wants to do its job but using the backdoor…the limits were to be approved before publication… maybe there was some mischief,” he added.

Wangari said, “Considering the circumstances, the regulations and the gazetted limits are null and void. I propose that we discard them in entirety.”

Mariru said, “You can tell there was a misinterpretation on the part of the IEBC. Out there, people think Parliament doesn’t scrutinise laws. It is not that Parliament is against the limitation of campaign funds, but we must follow the law.”

Murungara added, “In spite of the fact that the regulations were delivered by August 5, they are out of time. Whatever decision we take, they cannot be gazetted within a period of 12 months. They are time-barred.”

Oundo said, “There was no other way. We cannot allow illegality to find a way into our systems. Let the IEBC put their house in order as we cannot entertain indolent organisations.”

The IEBC admitted its failure to live by the requirements of the law but argued they were banking on amendments to the election campaign financing laws for the rules to apply.

“IEBC acknowledges that the regulations are to be presented before Parliament 12 months to the general election. Are we in time to debate the regulations? That is the dilemma we found ourselves in as that date ought to be on August 9,” she said.

The Chebukati team held that they felt they could bank on the process started in 2016, which was one step away from approval by MPs.

“The understanding we had with the Justice and Legal Affairs Committee was that once the Act was amended, we could then process the regulations accordingly,” Oyugi added.

Chebukati said the IEBC submitted the amendments to poll law in August 2020 but the same was yet to be acted upon.

“We were hoping if the amendment was done, we would have come up with new regulations. We thus decided to operationalise the regulations laid down as per the existing Act,” he said.

He said the IEBC believed that the actual limits could be gazetted as much as the regulations were waiting. “We need a way out,” Chebukati said.

But MPs held that time has lapsed, hence the regulations were supposed to be subjected to a public participation process afresh.

“Is it in order to consider public participation conducted in 2016 to apply today, yet the political landscape has changed?” Oundo asked.

How IEBC seeks to limit campaign spending in 2022

Commission seeks to monitor parties and candidates spending on a monthly basis.
News
1 year ago
Post a comment
WATCH: The latest videos from the Star
by MOSES ODHIAMBO Journalist and Political Writer
News
11 August 2021 - 23:00
Read The E-Paper