Jubilee Party will begin a clean-up of its membership lists starting next week, two legislators have said.

They spoke on Sunday during a thanksgiving service at AIPCA church Kihara in Kiambaa constituency for Jubilee's Kariri Njama.

Kariri lost the Kiambaa by-election to UDA candidate John Njuguna by about 500 votes.

Kanini said they will start cleaning up from the 47 county offices to rid the party of those who have left for other parties and also those who do not carry President Uhuru Kenyatta's vision.

“This week we will start with a review of Jubilee party officials in the counties. Those who have already left us we will replace them, those who are not aligned to the President's vision we will also remove them,” Kanini said.

He also warned that they will not spare even those in the leadership and have let the ruling party down.

“More emphasis will be on the Mt Kenya region because Jubilee is more of a Mt Kenya party. We are warning those holding office at the party headquarters that they are next on line after we are done with the purge at the county level,” Kanini said.

The MP said the party needs to have people with a stand and also working and helping the President so that in the next general election the party can have a say on the negotiating table.

Sabina said they will not allow the party to die and will clean it up to make it a strong contender in the next elections.

“We have realised that our party has defects; there are those of us spoiling the name of Jubilee and there are those who do not know how to talk and end up insulting people. We are telling them that we are starting operation fagia Jubilee," she said.

The legislator added that the party has structures that need to be safeguarded and that it is still the biggest party in Kenya.

“We want to clean up the party and assure Kenyans that Jubilee will not abandon them," Sabina said.

She said those leaving the party should do so fast so that the party can start recruiting more members and restore its glory.

The leaders added that the Kiambaa by-election results are in question and that they will move to court to contest the outcome.

"We know some irregularities happened during the by-election and we will move to court to make sure that justice is served for Kiambaa people. I was an agent and I can say for sure Kiambaa people elected Kariri,” Kanini said.

“We will talk to our party leader President Uhuru Kenyatta, Kariri has a good curriculum vitae so that he appoints him to at least a position in the meantime as we are pursuing the court issues and so that as we focus on 2022, Kariri anchors himself somewhere,” he added.

Kariri said he will not leave the Jubilee party and will continue supporting the President to ensure his agenda for the country is achieved before his term ends. 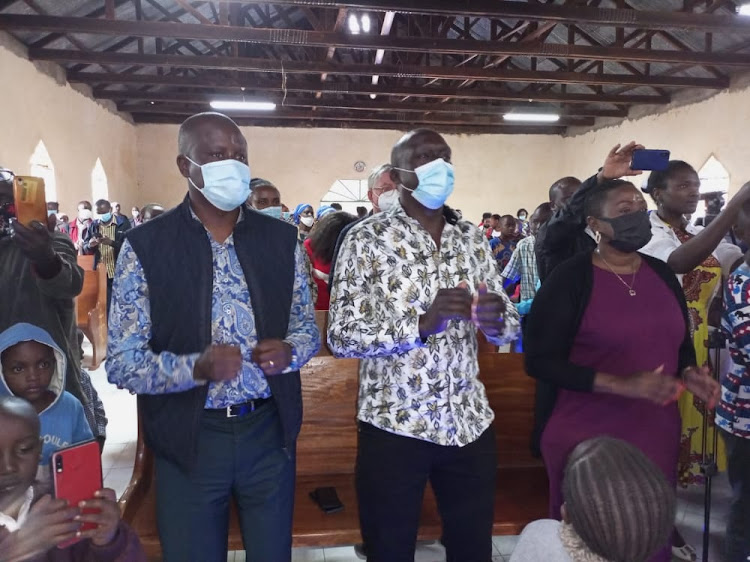