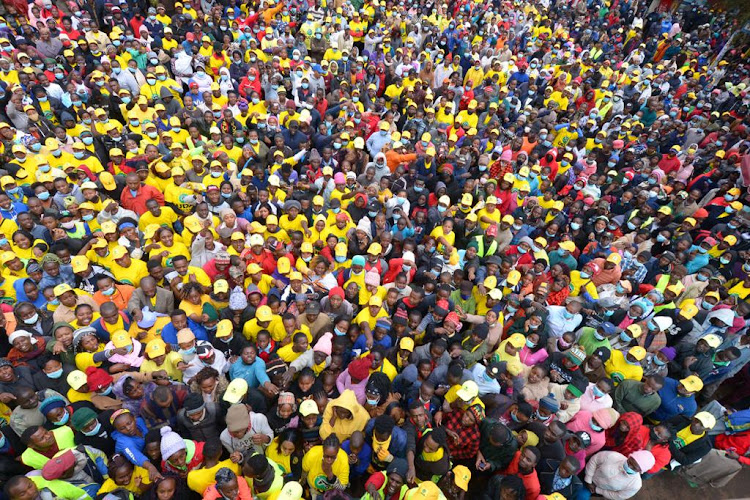 The ownership dispute that had rocked the United Democratic Alliance has been resolved after former chairman Mohamed Noor - who had moved to reclaim the party - withdrew a case.

Noor had filed a case challenging the gazette notice changing the party's leadership.

“The appellant (Noor) is satisfied with the decision of the respondent (Registrar of Political Parties) via gazette notices numbers 1233 dated 29 January 2021 and 0739 dated 19 March 2021 was lawful,” legal documents dated July 23 showed.

The document was signed by lawyers representing the appellant,  respondent and interested party (UDA) on Friday.

The documents indicated that there would be no order as to costs.

“The matter is hereby marked as settled between the appellant, the respondent and interested party,” the documents further stated.

Noor had asked the Political Parties Disputes Tribunal to revert UDA, which is associated with Deputy President William Ruto, to him.

The Deputy President is expected to seek the presidency next year on UDA ticket.

In his papers filed before the tribunal, Noor said the Registrar of Political Parties Anne Nderitu erred by effecting the changes without satisfying herself that the constitution of the party was followed.

He also termed illegal the gazettement of Muthama as chairman without ensuring the law was followed.

He argued then secretary-general Mohamed Sahal who sealed the deal for the change of names was a civil servant and therefore not authorised to transact.

Elgeyo Marakwet Senator Kipchumba Murkomen, a close ally of Ruto celebrated the settlement of the dispute, which had threatened to destabilise the party.

"The small matter between Mr Abdi Noor Mohamed and UDA Kenya has been resolved amicably," Murkomen wrote on his Twitter account.

There will be a scramble for UDA come November - Ruto

Said majority of the elected leaders are buying time in Jubilee before making their move.
News
1 year ago
Post a comment
WATCH: The latest videos from the Star
by ALLAN KISIA Political Writer
News
24 July 2021 - 10:26
Read The E-Paper