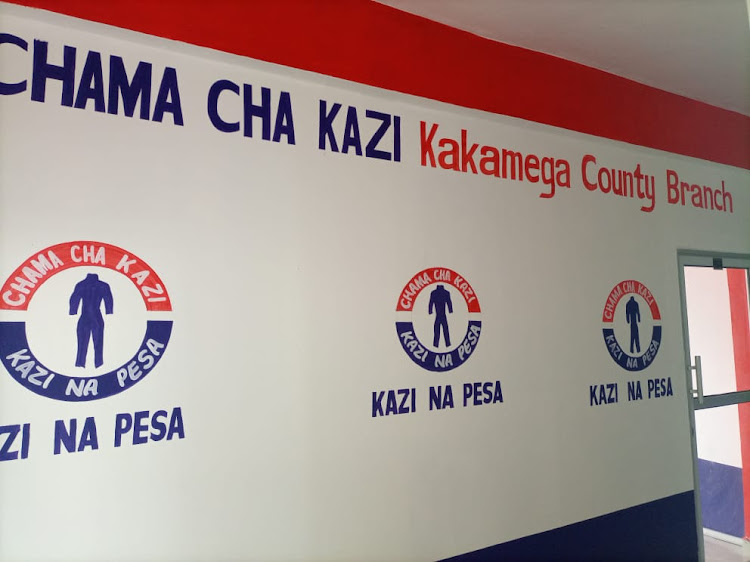 A CCK office in Kakamega.

Gatundu South MP Moses Kuria has been kicked out of his new found political party as Deputy President William Ruto and his troops also face an uncertain future in UDA.

The Star has established that the People's Empowerment Party and UDA have separately been rocked by internal tussles that could derail Ruto’s presidential campaigns.

Even after his ouster, Kuria who has been the PEP party boss has refused to join UDA and instead begun registering a new political outfit called Chama Cha Kazi.

There are speculations that PEP is set to be taken over by a presidential candidate from Western Kenya. However, the party officially has denied the claims.

PEP national chairman Watson Simiyu admitted that they had fallen out with Kuria over fundamental issues but said a critical meeting had been set for Monday.

“We had issues after the Juja and Gaturi by-elections which we are trying to sort out. We have a meeting on Monday which we have invited him to attend to try to iron out the problem,” Simiyu told the Star.

It has also emerged that Kuria fell out with PEP's top brass over disagreements on how to re-brand the outfit and after he raised concerns of a planned takeover by a presidential candidate from Western.

Kuria wanted PEP to change its name to CCK and its slogan aligned to the Ruto's Hustler Nation spirit. 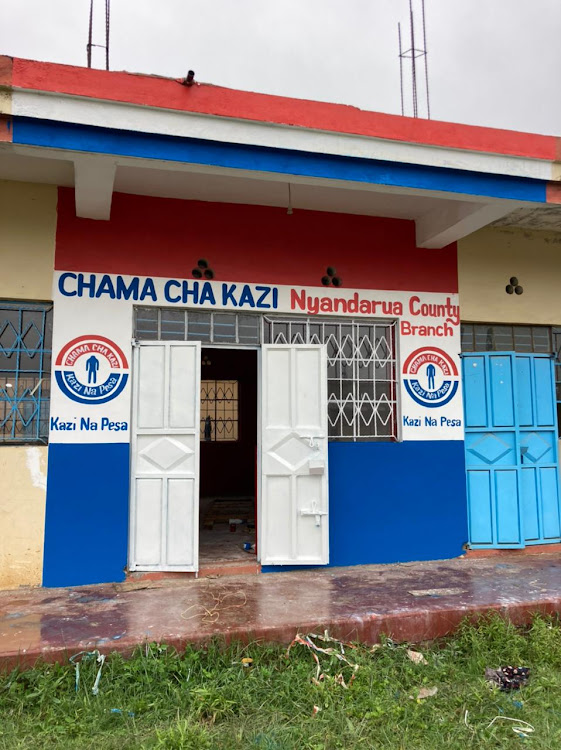 But according to insiders Kuria had also allegedly pointed out that some UDA operatives wanted to frustrate him in PEP to force him to join Ruto's party.

He has maintained that he will not join UDA although he has declared his unequivocal support for the DP's 2022 presidential bid.

Contacted, Kuria admitted that there are contentious issues rocking the outfit.

“I am still committed to PEP and hopeful we will resolve the thorny issues,” Kuria told the Star in a short text message.

But while Kuria is fighting for PEP, Ruto and his allies in UDA also face tough options with a legal battle underway to wrest the UDA party from the DP.

In papers lodged at the Political Parties Tribunal, ex-chairman Mohamed Noor has accused Ruto's allies of taking over the party leadership without following the law.

Noor was the chairman of the Party of Democratic and Reforms, which rebranded to UDA.

“How can I be fighting for a party I am not a member of? I am the deputy party leader of Jubilee,” Ruto said, although he has publicly declared he would decamp from the ruling party.

In 2012, Ruto’s political party of choice —UDM — was snatched from him at the eleventh hour.

In the lead up to the 2007 general election, lawyer Dan Maanzo ran way with the ODM-Kenya party which was taken over by Kalonzo Musyoka.

Ruto's allies yesterday fought off panic claims saying the PDR constitution was followed in both the rebranding and change of officials.

“What I can say is that we did everything according to the party constitution. All the documents that were required to be signed were signed and that is why we are this far,” Muthama said.

Khalwale, a key UDA stalwart, termed the case a political fever that will fade away in the coming days.

“UDA is the party of the moment in the country right now. It has grown by leaps and bounds. It is therefore not surprising that some people are looking for anything and everything to put the spanner in the works,” he said.

In May, PEP captured national attention when it clinched the Juja Parliamentary and Gaturi seats.

The victories that handed President Uhuru Kenyatta a humbling defeat in his Central Kenya backyard, elevated Kuria in the battle for Ruto's 2022 running mate.

The Star has established that CCK has already secured provisional registration.

There are reports which could not be independently verified that CCK has opened offices in at least 28 counties.

The CCK, whose slogan is Kazi na Pesa, had obtained a provisional registration certificate from the Registrar of Political Parties in June.

It has 180 days within which to get full registration if it sails through the rigorous vetting process.

As part of the legal requirements CCK must recruit at least 1,000 registered voters from at least each of 24 counties. Most parties fail at this stage.

Sources said Kuria had argued that the CCK slogan of Kazi na Pesa would reflect the dignity of labour and the sanctity of an enterprising spirit.

His other proposal to bar Kenyans aged above 40 years from seeking the PEP nominations for MCAs and women reps in 2022 polls was turned down.