• Muchelule was among six judges President Uhuru Kenyatta declined to promote when he finally gazetted the names of judges in June. 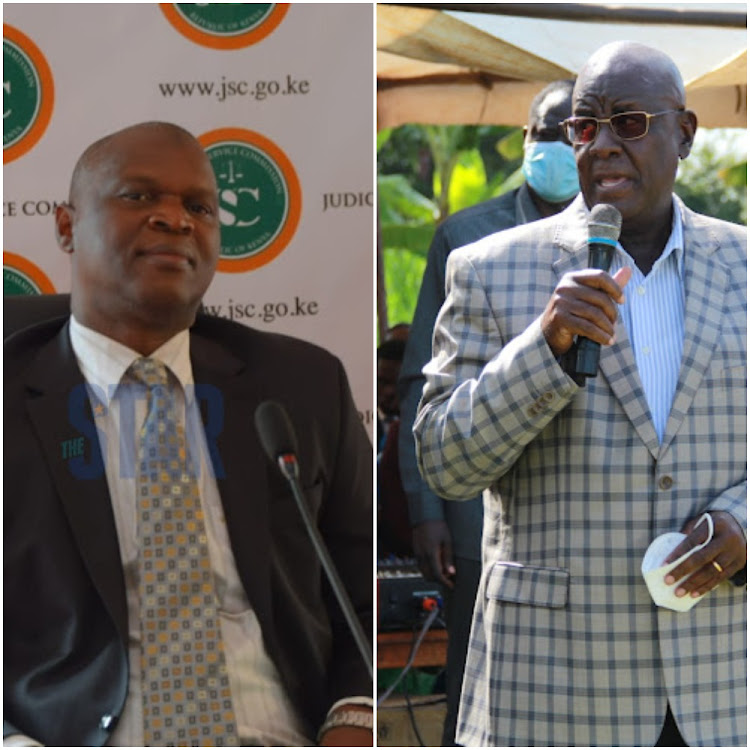 Two judges were on Thursday recorded statements at the DCI headquarters over work related matters.

They are justices Said Chitembwe and Aggrey Muchelule.

Speaking at DCI headquarters, lawyer Danstan Omari said the judges had been targeted as part of the President 'revisiting' the Judiciary.

Muchelule was among six judges President Uhuru Kenyatta declined to promote when he finally gazetted the names of judges in June.

Uhuru gazetted 34 of the 40 judges he had been pressed to appoint since 2019.

Other judges whos names were rejected are George Odunga, Weldon Korir and Prof Joel Ngugi who were recommended for the Court of Appeal.

Uhuru had cited integrity issues when declining to appoint the judges.

Chitembwe had interviewed for the position of Chief Justice and judge of the Supreme Court but was unsuccessful in both.

Post a comment
WATCH: The latest videos from the Star
by SHARON MAOMBO Business Writer
News
22 July 2021 - 21:53
Read The E-Paper