• Director of the Lamu disaster management unit Shee Kupi Shee presented the soldiers with the mementoes for their heroic activities. 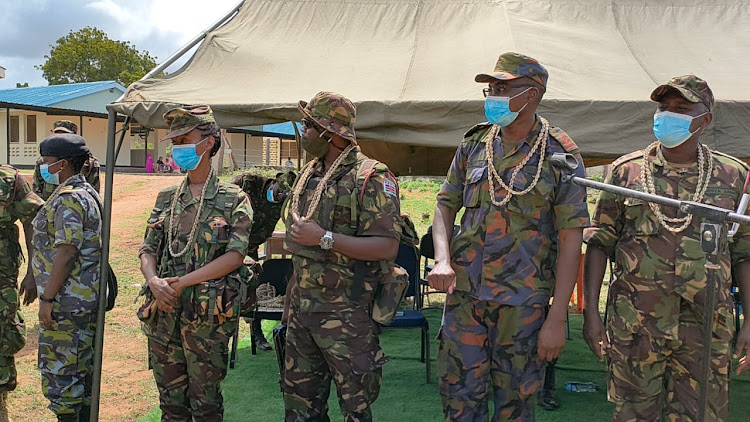 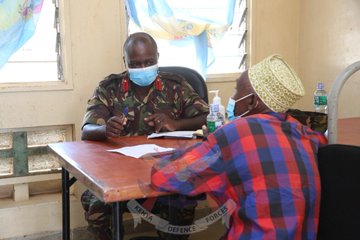 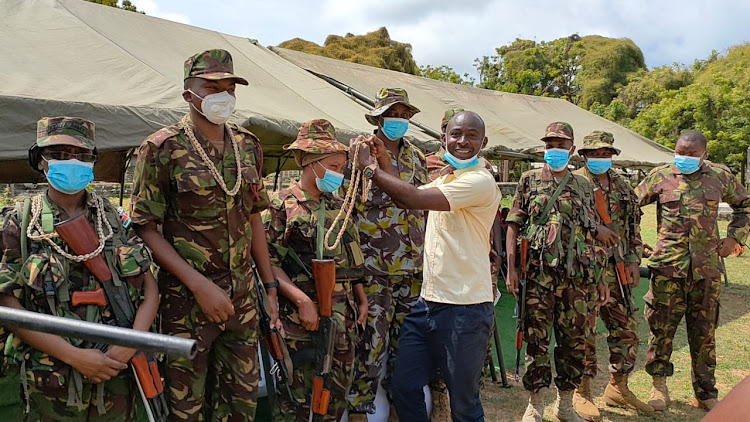 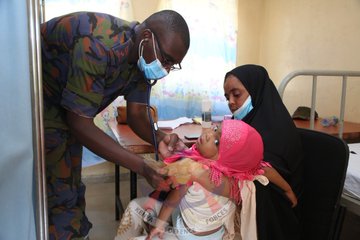 Lamu villagers on Thursday gifted the Kenya Defence Forces troops in Kiunga with crafts made from cowrie shells for their disaster relief efforts.

Director of the Lamu disaster management unit Shee Kupi Shee presented the soldiers with the mementoes for their heroic activities.

“Though, as a community, we don’t have much, we decided to remember and honour them with the little we have. The bottom line is for them to know that we appreciate their work,” Kupi said.

The troops are part of a multi-agency security team in Operation Linda Boni meant to flush out al Shabaab militants from their hide0uts in the expansive Boni Forest.

The event was held shortly after the troops concluded a two-day free medical camp at Kiunga town. More than 700 residents on the Lamu-Somalia border benefitted.

The support was crucial as at least six dispensaries in areas in Lamu remain closed, eight years after they were vandalised and looted by al Shabaab militants in 2014.

Residents in these areas have mostly relied on medical camps by the KDF for treatment.

Others have to travel for many kilometres to the King Fahad Hospital in Lamu Island.

The county has revived the Kiunga dispensary which still grapples with a shortage of drugs and staff.

Residents appreciated the efforts by KDF but urged the government to reopen the dispensaries in their areas and deploy medical staff.

The KDF director of medical services Major General Kiguta Ng’ang’a said the military shall continue to lend medical aid to all within the operation areas.

He said the camps are some of the civilian-military engagements implemented in their multi-agency field training exercises.

“Such activities also work at strengthening the bond between locals and security officers conducting the security operation in the Boni enclave,” Ng’ang’a said.

Communities in Boni and Ras Kiamboni in Somalia have benefited from the civilian-military cooperation projects and humanitarian assistance.

“Our main objective even as we conduct the operation is to enhance the livelihoods here by providing adequate security at all times. Apart from the normal duties, we have also been helping to save lives through medical camps,” Ng’ang’a said.

The KDF presented the rebuilt and fully furnished Kiunga Health Centre to the community during the event.