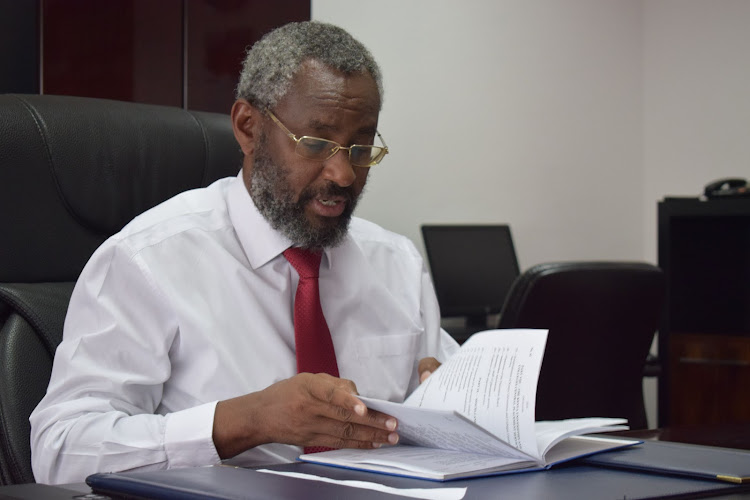 A labour court has issued orders stopping the planned reforms to restructure the University of Nairobi management.

In certifying the case as urgent, Employment and Labour Relations judge Maureen Onyango on Wednesday said the institution and its council will not implement Vice Chancellor Stephen Kiama's proposals.

The orders will remain in force pending hearing and determination of an application filed by the Universities Academic Staff Union.

In documents filed in court, Uasu says the university and the council have undertaken preparation, conceptualisation and intended implementation of the new reforms without involving key stakeholders.

“The Ministry of Education has the overall control of policies on public education and has not given any input to the actions and decisions taken by the VC,” the court application says.

Kiama on July 14 issued a memo on a new governance structure of the institution.

He drastically altered established structures of the institution abolishing colleges, schools, institutes, faculties, courses, positions and offices created in the university by the University Act.

The lecturers say the VC unilaterally proceeded to abolish the schools of pharmacy, nursing, medicine, dentistry and economics.

Uasu says Kiama has also proceeded to unilaterally and without consultation to merge institutes and departments.

In the proposal the Institute of Diplomacy and International Studies merges with the Department of Political Science and Public Administration.

“He has taken away teaching and training roles from the Institute of Development Studies, leaving the doctoral and master students with nowhere to go.

"He has also abolished courses without due regard to ongoing students' studies,” the petition says.

According to court documents, Kiama and the council did not involve Uasu or seek their input in preparation of the new governance cahnges.

“Unless the court intervenes, the institution will proceed with the implementation, which will occasion injustice to university academic staff's income in the presence of an existing CBA,” the document reada.

The case will be heard on July 28.