He will later in the week leave for London for an official visit. 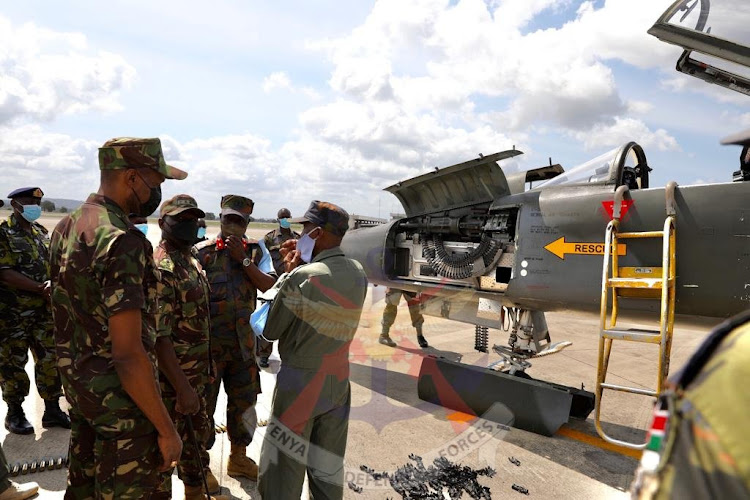 CDF Gene Kibochi when he visited the Joint Forces Air component at FOB- Mombasa, to assess their levels of training and operational capability in the ongoing Field Training Exercise (FTX).
Image: KDF

President Uhuru Kenyatta landed in Mombasa on Tuesday where he will preside over development projects and attend one of the ongoing multi agencies’ Field Training Exercise (FTX).

The security drill operation, which has been ongoing in the past month has seen participants exposed to various skills for their survival.

He will later in the week leave for London for an official visit.

The president landed in Mombasa as the Chief of Defence Forces Gen Robert Kibochi visited the Joint Forces Air component at FOB- Mombasa, to assess their levels of training and operational capability in the ongoing exercise.

The multi-agency exercise, according to Gen Kibochi, has future plans to achieve full interoperability between, Air, Land, Maritime and multi-agency security architecture for mission readiness in the continuum of operations.

The CDF reiterated that training is the best way to attain mission readiness, in order to provide comprehensive security to secure the people and their livelihoods.

He said the FTX, is an opportunity to achieve the "one force, one country defence approach.

The exercise was designed to respond to emerging security threats, which require the employment of a whole government approach in delivering.

Kibochi had arrived in Lamu Sunday to visit troops also operating in the ongoing FTX.

Kibochi underscored the significance of joint training for mission readiness, which is critical to successful operations.

The FTX, which is conducted within a multi-agency framework will train all stakeholders on interoperability whilst undertaking national interventions to safeguard the people and livelihoods of Kenyans.

Kibochi heard from the troops on what they were learning, unlearning and relearning during the FTX, assess their mission readiness as well as, operational capabilities to address conventional and asymmetric threats.

The FTX has also benefited communities in the Operation Amani Boni area.

KDF and other MDA's have engaged locals to identify and deliver on diverse Civil-Military Engagements.

The exercise, which was launched late last month, has brought together Government Ministries, Departments and Agencies to exercise how to effectively operate in a Multi-Agency framework.

The exercise will be conducted in Garissa, Tana River and Lamu counties.

These areas have been affected by terrorism, which has led to less development and fears among many.

The areas are near the Kenya-Somalia border, which makes it easier for Al-Shabaab to attack at will.

Boni Forest in Lamu is an operation zone as the national government has since 2015 conducted a multi-agency security exercise dubbed Linda Boni, which is aimed at flushing out Al-Shabaab militants believed to be hiding there.

The terrorists have also been attacking northern regions affecting operations at large. 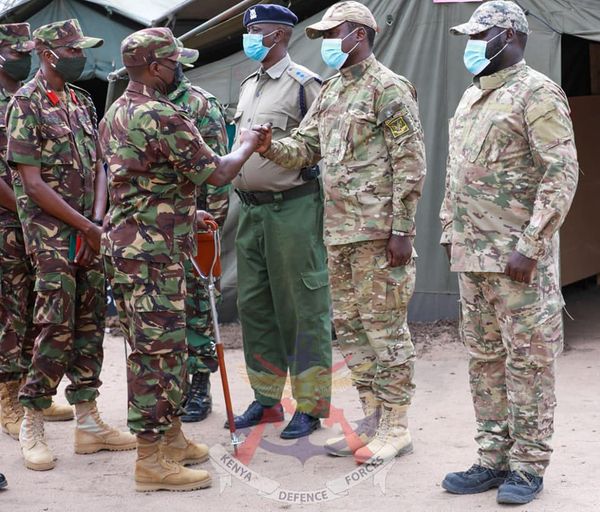