Security contracts to be open under new procurement law

•Heads of procurement will also recommend the inspection and acceptance committee appointed by the accounting officer. 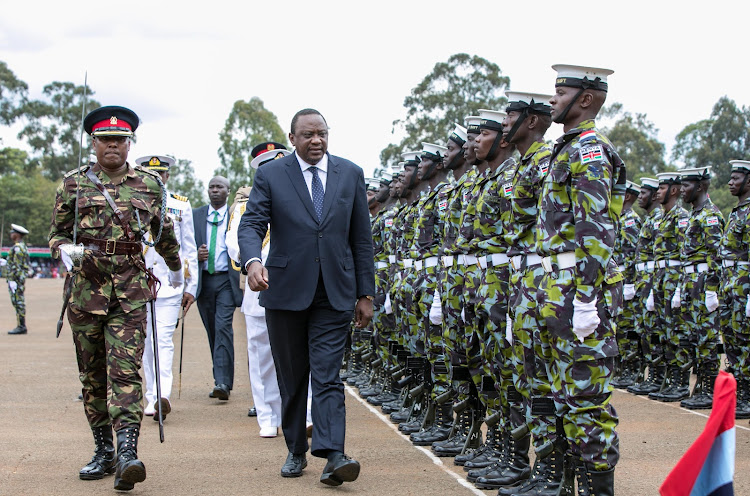 Security contracts will now be made public in new tough procurement laws put forth by President Uhuru Kenyatta’s administration.

The national security agencies are presently excused from publishing their procurement contracts and tender awards as required of state entities.

A bill sponsored by Majority Leader Amos Kimunya seeks to change this to provide for the confidentiality to apply for only classified contracts.

The Public Procurement and Asset Disposal (Amendment) Bill, 2021, posits that this will ensure security organs report contracts processed through an open list.

“This will be for accountability while protecting national security interest,” Kimunya said in the bill’s memorandum.

There are concerns that tenders by the security agencies, some with no risk of exposing the country to any threats, are shrouded in secrecy.

Notable ones are the anglo-leasing contracts, contracts for the supply of security vehicles, tenders on kitting and CCTV contracts.

In the new rules, it would also be compulsory for heads of procurement to carry out market surveys to inform prices at which state agencies source supplies.

“The market surveys are to inform the placing of orders or decision making on the procurement by the relevant awarding authority,” the bill reads in part.

“The object of this provision is to guard against purchasing items at inflated prices.”

In the proposed dispensation, the Treasury will take key roles in public procurement and will be the one to develop and manage the state portal on procurement and asset disposal.

The portal is presently managed by the Public Procurement Regulatory Authority with the ICT ministry providing technical support.

Several state agencies were flagged by the PPRA for defying the President’s order requiring them to publish tender awards.

The procurement regulator will now develop, promote, and support the training of persons involved in procurement and asset disposal.

Treasury will also nominate the chairperson of the Public Procurement Review Board for appointment by the President.

An accounting officer of a procuring entity will also be required to publish procurement plans on their websites after approval by the  Treasury.

Treasury will on receipt and approval of the plan publish the same on the state tender portal.

Accounting officers have also been barred from evaluating applications for expression of interest, a role handed to the evaluation committee.

It is the committee that will state which candidates were found to be qualified and the reasons why any were not qualified.

To eliminate secrecy, it would be compulsory for accounting officers to prepare a public notice inviting persons to submit an expression of interest.

The head of procurement will also appoint secretaries of the evaluation committee in writing, from among persons in charge of procurement.

Heads of procurement will also recommend the inspection and acceptance committee appointed by the accounting officer.

In measures to end unwarranted procurement delays, bidders that challenge awards risk being debarred if their grounds are frivolous.

“The board shall debar a person from participating in procurement if determined to have filed a request that was made solely to delay a procurement proceeding or a performance of a contract,” the bill reads.

The law is further being adjusted to give the PPRA director general authority to enter premises of procuring entities for investigations into tender flaws.

“When an authorized person is refused entry, a magistrate may issue a warrant authorizing the police to enter the premises using such force as may be reasonably necessary and conduct the search to obtain information.”

The bill further seeks to give room for state agencies to run multiple tenders concurrently.

Should MPs pass the bill, tenders will be evaluated within seven days from the current 30 days to hasten the procurement process.

“Where a tender is complex or has attracted a high number of bidders, the accounting officer may further extend the evaluation period once for no more than seven days.”

The bill also seeks to allow procuring entities to proceed with procurement despite not getting a shortlist of six or at least three qualified candidates.

“Where a repeat process fails to yield the requisite numbers – six or three qualified candidates, the procuring entity shall proceed with the subject procurement and make a report to PPRA,” the bill reads.

The bill also seeks to remove the provision that contract variations can only be considered after 12 months of signing.

“This is to allow variations occasioned by unforeseen circumstances within a period of fewer than 12 months provided they are within thresholds,” Kimunya said.

Provision of absolute tender sums will also not apply to cases of direct procurement, framework contracts, and competitive negotiations.

Framework contracting involves the award of separate (partial) contracts to two or more bidders of the same item.

Tenders will also have to be advertised in two television and radio stations with a national reach in favour of those without access to newspapers.

Evaluation of tender proposals will be done within seven days from the present 21, with the extension capped at no more than seven days.

Candidates will thus have seven days to prepare and submit their applications to be prequalified.

Powers of the director general are being advanced for them to give orders regarding procurement as well as investigate a matter under probe by the board.

The ministry had sought to lease 1,290 vehicles.
News
1 year ago