•The CJ said the courts will be devolved to other regions in country beginning October 2021.

•The small claims courts will handle commercial disputes with a monetary value of less than Sh1 million. 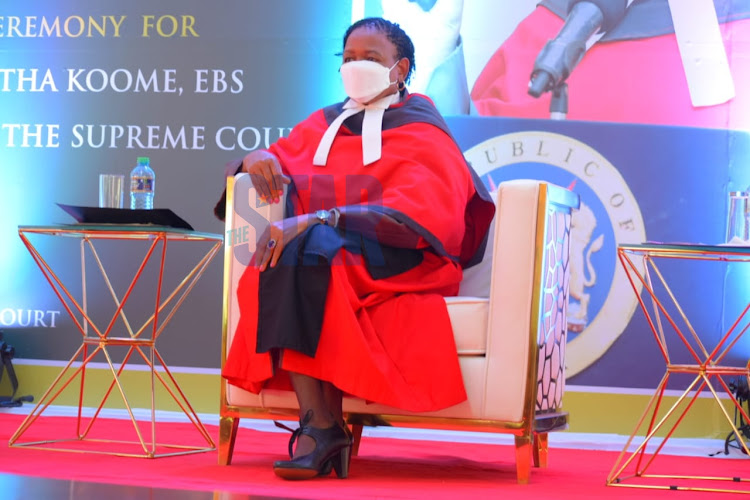 CJ Martha Koome during her assumption of office ceremony on May 24, 2021.
Image: FILE

Chief Justice Martha Koome has said that the Judiciary plans to have at least 10 more Small Claims Courts by the end of the 2021/2022 financial year.

In a statement on Wednesday, the CJ said the courts will be devolved to other regions in country beginning October 2021.

"It is my hope that the new courts within Nairobi will be key in bringing justice to more Kenyans and further reduce the backlog at the Chief Magistrates’ Commercial Court and the Criminal Courts within Nairobi," Koome said during the swearing in of Small Claims Courts Adjudicators.

She noted that the first of the courts which started operation on April 26 has heard and determined 481 cases out of the 1,222 registered.

Koome added that in collaboration with the Nairobi Metropolitan Services, the Judiciary will roll out five additional Small Claims Courts in Kasarani, Makadara, Dagoretti, Mathare and Embakasi.

"The small claims courts will enhance access to justice by expanding the reach of the formal justice system to areas un-served by the existing court system," she said.

Koome has urged judges to use active case management to deal with the backlog.
News
5 days ago

Koome explained the small claims courts will enhance access and expeditious delivery of justice, reduce the cost and time to hear and determine commercial disputes and clear the case backlog of cases in Magistrates’ Courts.

The swearing-in of Keyne Odiambo Gweno and Martin Njeru Mutua brings the number of adjudicators at the Milimani Small Claims Courts to five.

The CJ called on the adjudicators to ensure the courts serve their purpose.

"The attainment of this goal will to a large extent depend on how you (the adjudicators) approach your work," Koome said.

The small claims courts will handle commercial disputes with a monetary value of less than Sh1 million.

Havi also took note of how the swearing in of the pioneer adjudicators.
News
3 months ago