• The annual prize will be given to a strong, innovative editor and a great leader.

• A jury will be picked to decide on the most deserving person. 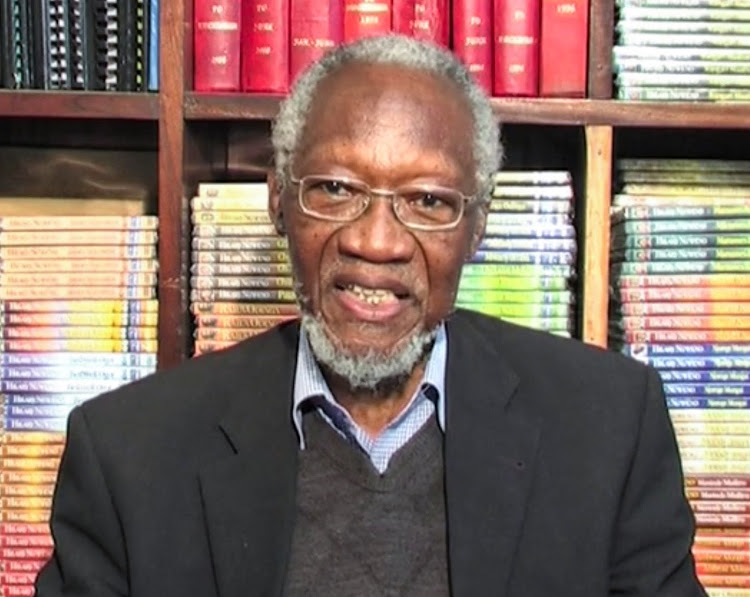 A journalist who demonstrates strength of mind and spirit in editorial leadership and innovation will from this year be eligible for the Ng’weno Prize.

The Kenya Editors’ Guild On Wednesday launched the award to be given annually in honour of journalist Hillary Ng’weno who died on July 7 aged 83.

The prize will honour Ng’weno’s stellar contribution to the establishment and growth of independent journalism in the country.

KEG officials launched the prize in Nairobi during a forum to pay tributes to Ng'weno.

Editors president Churchill Otieno said the ideal journalist for the award would be an exceptional individual - having confronted editorial danger with ethical fortitude, or exhibited astute leadership in the newsroom, corporate or mentorship levels, or brought editorial rigour to entrepreneurship.

“Through this prize, we seek that Hillary Ng’weno continues to occupy his place in the journey of our journalism and continues to mentor. The prize shall be awarded annually and announced during the Editors Convention,” he said.

Otieno said the trustees of the Editors’ Guild shall every January nominate a jury for ratification by the Executive Council. The jury shall then search for the fitting laureate.

“The jury’s decision shall be final,” he said.

Otieno hailed Ng’weno as a courageous journalist and unparalleled innovator who laid the foundation while working under the most difficult of circumstances hoping that Kenyan media houses may not have to endure the same experiences.

“I’m proud to stand here to eulogise the pioneer African editor who set the bar for journalism and lived far ahead of his time, upholding the ethics of the practice long before a Code of Ethics was established,” he said.

Ng’weno, who detested formalities and preferred to be called by his first name, was also remembered as the only reporter who worked for less than a year only to become the editor-in-chief of Kenya’s newest newspaper.

“He was a great teacher as well as a great listener. Despite being a bigwig in the industry, he remained humble and interacted with everyone,” Ilado said.

Ng’weno started the Weekly Review, which was to be loved by many, as a platform to express himself rather than to get rich.

“He was brilliant and was geared towards informing people and transforming systems,” Julia Ojiambo said.