• The Rhino Charge competition, which supports the activities of the Rhino Ark Kenya Charitable Trust, was held in Baringo county.

• This year, 44 out of a maximum 65 potential competitors took part in the charge, partly out of Covid-19 travel restrictions. 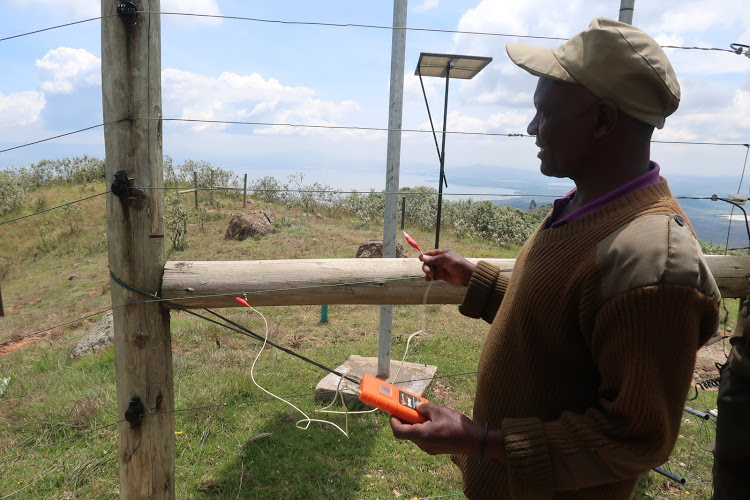 This year's edition of the annual off-road 4×4 competition held on Saturday in support of conservation activities has raised Sh140 million.

The Rhino Charge competition, which supports the activities of the Rhino Ark Kenya Charitable Trust, was held in Baringo county.

This year, 44 out of a maximum 65 potential competitors took part in the charge, partly out of Covid-19 travel restrictions.

The overall winner was Car No 38 entered by Sean/Patrick/Kieran Avery (Bundufundi), followed by Car No 33 by Jeremy Holley (Team Huzi) and Car No 48 by Mark Glen (Team 48) in second and third place respectively.

Kinyua beat his own 2019 record when he helped raise Sh23 million. He secured the highest amount raised by an individual competitor in one year since the Rhino Charge was established in 1989.

Graham McKittrick’s Car No 5 (Team 5) scooped the Victor Ludorum award, which rewards winners for distance and funds raised. He was followed by Glen’s Car No 48 (Team 48) and Eddy Verbeek’s Car No 1 in second and third positions respectively.

The Modified Class Category was won by Car No 38, followed by Car No 33 and Car No 48 in second and third place respectively.

Under the Unmodified Class, Car No 9 entered by John Bowden (Gumtree 4x4) was ranked top, followed by Car No 54 entered by Ole Vestergaard Johansen (Danish Kifarus) and Car No 19 registered by Petra Somen (Bush Babes) in second and third positions respectively.

“We demonstrated our resilience. We demonstrated that when we all focus together with determination and with the same purpose, we can make it. We had a superb charge event,” Rhino Ark executive director Christian Lambrechts said.

He said Rhino Ark does not work in isolation.

“All our conservation interventions are implemented through public-private partnerships that involve key government agencies, in particular KFS and KWS.”

Lambrechts said the cancellation of the 2020 Rhino Charge led to a massive reduction in funding.

“To address this situation, we adopted far-reaching cost-saving measures, including salary cuts and revised our programme of work," he said.

"The situation was compounded by the heavy rainfall of 2020 that led to numerous landslides, destroying many sections of our fences in Aberdare, Eburu and Mt Kenya."

He said they have repaired fences to ensure continuation of their protective functions, benefiting over 80,000 Kenyan households.

The project has secured funds to build an additional 10 kilometres of comprehensive fence as well as 28km of low fence with outriggers along the main fence in Imenti Forest.

He said they have embarked on an extensive fundraising programme and have submitted 19 applications.

Earlier this year, Rhino Ark signed a funding agreement with IFAD and other partners for the Mt Kenya Fence project amounting to Sh267 million.

Kamau said the conservation of forests in Mau Eburu, Mt Kenya and the Aberdare ranges had been boosted by the Rhino Charge funding of Sh1.6 billion.

“As a government, we support public-private partnerships.”

Damage exposed those adjacent to forest to wildlife attacks.
News
1 year ago