• Faith’s parents on Sunday told the Star they had no money to take their daughter to school since they relied on promises earlier made by individuals and corporates.

• They said only Margaret Wanjiru of Jesus is Alive Ministries honored her promise by sending Sh26,000 cheque as part of her school fees. 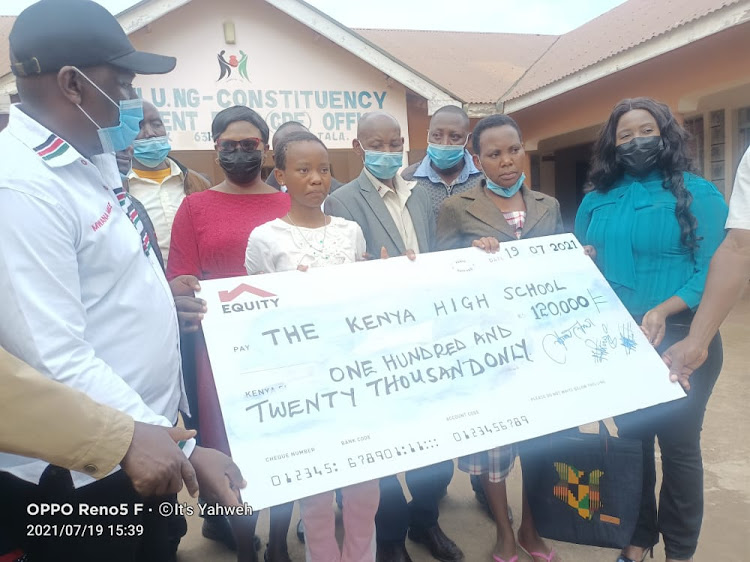 Hours after the Star ran a story on top KCPE exam performer Faith Mumo's predicament following unfulfilled pledges to support her education, Matungulu MP Stephen Mule has assured the family of a four– year  scholarship from the CDF.

Mule issued Mumo a Sh120, 000 cheque stating it was for her entire first year expenses at Kenya High School where she was admitted.

Form One students are set to report to school on August 2.

“She is one of the best students in our constituency, we have agreed to sponsor her school fees in in full for the whole year and the next four years until she completes her secondary education," Mule said.

Mule addressed the press while issuing the cheque to Mumo and her mother Flora Kathini at Matungulu CDF office in Tala, Machakos county, on Monday.

Mule added, “We want to assure you and your mom that you will attain your dream of becoming a neurosurgeon. I might be your first patient since I have a health condition. The Sh120, 000 will be paid directly to Kenya High School’s bank account and all what she requires will be taken care of.”

“I spoke to the school’s principal this evening and they agreed to receive the cheque and make sure Mumo receives everything she requires for the entire year. And all what she requires in school will be taken care of until we meet next year so that we issue the family another cheque."

The legislator said though the school fees is Sh53,000 per term, extra was paid to motivate Mumo.

He said the cash caters for school uniform, among other personal shopping.

Tears of joy flowed down Mumo’s cheeks during the hand over ceremony.

Mumo said she was grateful for the support and thanked all those who came through in her life to support her studies and parents.

She exuded confidence of realising her dream after her studies and promised to give back to the society by supporting education of under privileged children.

The support came a day after the girl’s parents expressed fears that their daughter might not report to school for lack of school fees.

Faith’s parents on Sunday told the Star they had no money to take their daughter to school since they relied on promises earlier made by individuals and corporates.

They said only Margaret Wanjiru of Jesus is Alive Ministries honored her promise by sending Sh26,000 cheque as part of her school fees.

Faith, however, believed that God would provide her school fees.

She scored 433 marks out of 500 and wants to pursue medicine after secondary education.

She sat her exam at Kari Mwailu Primary School in Makueni. 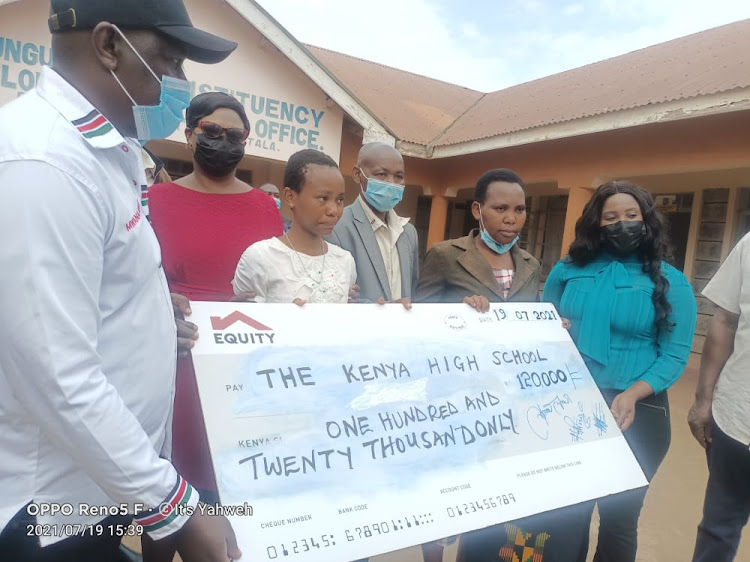 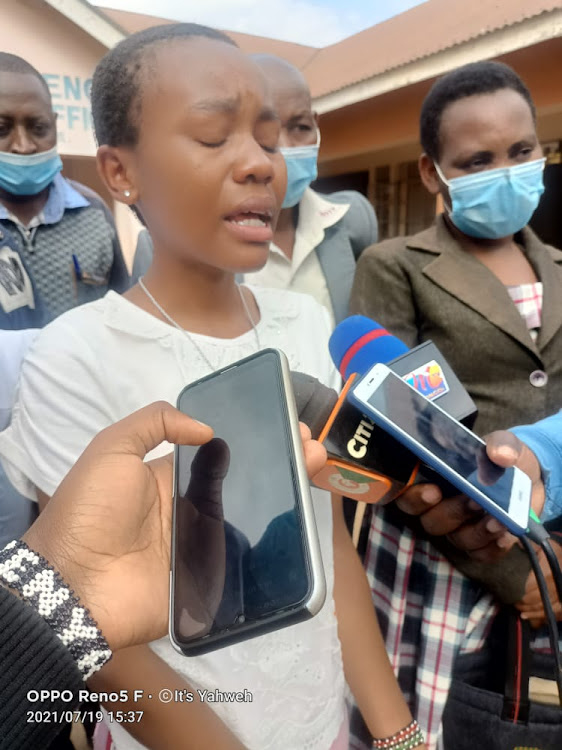