•According to deputy majority leader Fatuma Dullo, a roadmap of how to dispense with the bills within six months was drafted and agreed upon. 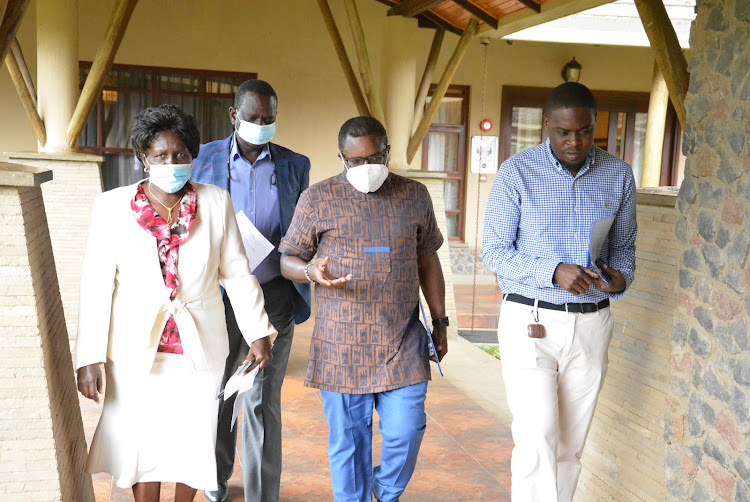 Senators are rushing to conclude the processing of at least 58 bills and 54 petitions in five months before the onset of the 2022 campaigns.

The lawmakers were thrown back to the drawing board after the High Court nullified all the pieces of legislation that had been introduced without concurrence with the National Assembly.

Some of the Bills, which are mainly by private members, were introduced as back as 2017 and had already been concluded by the House and sent to the National Assembly for consideration.

However, they have been published a fresh and are set to undergo all the stages, including public participation, in line with the ruling.

“Out of the 58 Bills, 21 are undergoing concurrence under Article 110(3), 30 are at the Second Reading stage, and three Bills are at the Committee of the whole stage,” speaker Kenneth Lusaka said.

Lusaka said one Bill has been referred to the National Assembly for consideration while three Bills have been assented to since the ruling was delivered.

On October 29 last year, following a case filed by the Senate, the court nulled 23 Bills that were passed without input from the Senate.

In the ruling, the court ordered that it is mandatory and a condition precedent for any Bill that is published by either House to be subjected to a concurrence process.

The process would determine whether a bill concerns counties or it is a special or an ordinary Bill as spelt out in Article 110 (3) of the Constitution.

“We have a heavy workload and therefore, under pressure to finish the pending Bills within a very limited time to the end of the term of the 12th Parliament,” Lusaka told the lawmakers last Tuesday.

Last Thursday, the legislators held a half-day workshop in the Senate chambers to discuss modalities of finalising the pending bills, statements and petitions by December.

According to Deputy Majority leader Fatuma Dullo, a roadmap of how to dispense with the Bills within six months was drafted and agreed upon.

“We have set a roadmap to ensure that within six months, before next year, we clear all the pending bills. Six months to the election, that House will be empty,” Dullo told the Star.

The Isiolo senator said that they tasked the secretariat to draw a timetable indicating where all the bills will be introduced for first reading, second reading, third reading and when they will be subjected to public participation.

“We want to ensure that any other agenda that is before the Senate currently, must be cleared before we go for election,” she said.

Among the Bills, the House will consider are the Pandemic Response and Management Bill, 2021 that seeks to provide a framework for managing a pandemic.

The other is County Boundaries Bill that seeks to provide a framework for delimitating borders to resolve the disputes.