MPs give lifeline to BBI-like bill

It proposes that ministers be drawn from Parliament

• West Mugirango MP Vincent Kemosi wants the oath of office for Cabinet secretaries as well as other references to the post substituted with Cabinet minister.

• The bill is similar to proposals in the BBI for ministers to be drawn from Parliament though just half of the Cabinet. 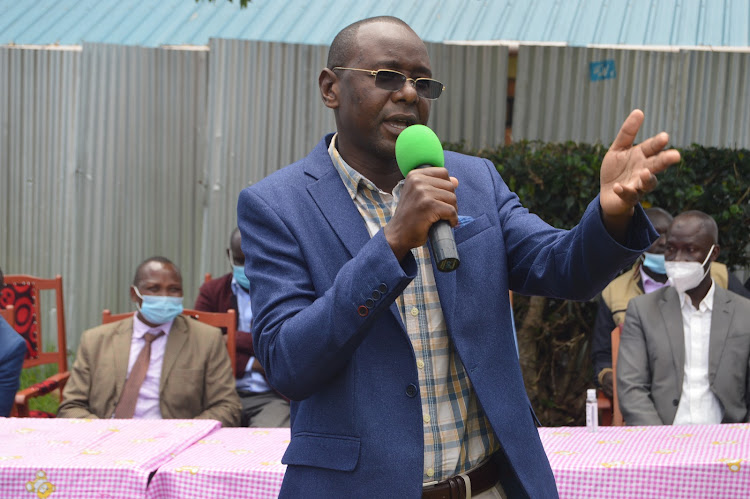 Parliamentarians have queued a bill with BBI-like proposals for approval, a move likely to give a lifeline to some of the proposals in the law change plan.

In an endorsement of President Uhuru Kenyatta and ODM leader Raila Odinga-led unity initiative, the National Assembly has revived a 2019 bill that if passed would allow MPs to be appointed Cabinet ministers.

In a notice, the clerk of the National Assembly has formally asked Kenyans to give views on the legislation.

The Constitution Amendment Bill (No 6), 2019 also seeks a change of name from Cabinet secretary to read Cabinet minister.

The bill is sponsored by West Mugirango MP Vincent Kemosi.

It seeks to amend Article 152 of the Constitution to remove the clauses providing for Cabinet secretaries to be drawn from among technocrats.

He also wants the oath of office for Cabinet secretaries as well as other references to the post substituted with Cabinet minister.

The bill is similar to proposals in the BBI for ministers to be drawn from Parliament, though just half of the Cabinet.

Clerk Michael Sialai asked Kenyans with input on the bill to present them before the National Assembly Committee on Justice and Legal Affairs by July 28.

The timing of the call for public participation has sparked concerns from quarters that feel Parliament was pushing for subsets of the BBI through piecemeal legislation.

However, the bill was mooted in November 2019, long before the BBI process was concluded, with officials saying it has been queued by the House Business Committee in line with the House procedures.

The notice also called for views on the Sexual Offences (Amendment) Bill, 2020 by Kiambu Woman MP Gathoni Wamuchomba providing for the manner of collection, analysis, tracking, and access to forensic evidence relating to sexual assault.

Public views have also been sought on a bill seeking the provision of bonds to suspects other than those facing murder, treason, and robbery.

“The JLAC invites members of the public and relevant stakeholders to submit memoranda they may have on the three bills,” Sialai said in the notice.

The Kemosi bill is the third in Parliament with proposals that mirror the proposals in the BBI bill whose future is in the hands of the Appeal Court.

The other two are the Special Interest Groups Bill, 2019; and the Constitution Amendment Bill (No 5), 2019, as well as a proposal by Kericho Senator Aaron Cheruiyot to dissolve Nairobi.

The Constitution Amendment Bill (No 5), 2019 by the Constitution Implementation Oversight Committee seeks to provide for the nomination of presidential poll losers to the National Assembly or Senate.

Ndaragwa MP, the bill’s sponsor, proposes that the losers be given priority in the party nomination list as a way out for the adverse effects of the ‘winner-takes-it-all scenario in the current constitution.

The BBI faces an uncertain future owing to the ongoing court process, which followed after the High Court declared the amendments unconstitutional.

Parliament seeks to give lifeline to presidential poll losers