• Kibochi underscored the significance of joint training for mission readiness which is critical to successful operations. 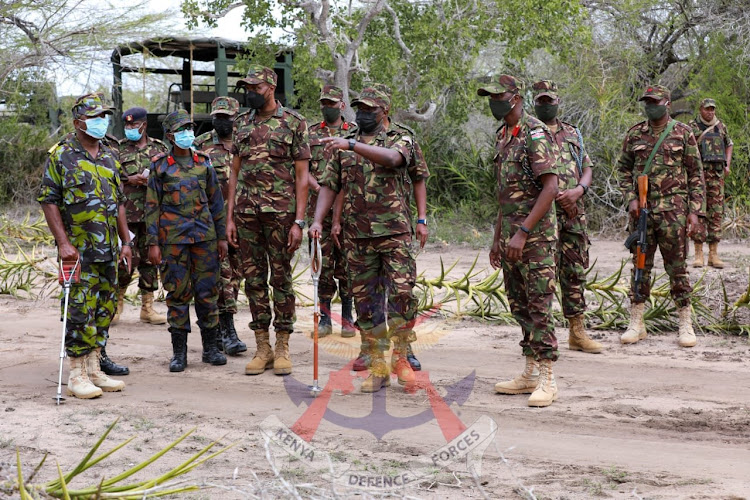 Kenya Defence Forces will train all stakeholders on interoperability whilst undertaking National interventions to safeguard the people and livelihoods of Kenyans.

Interoperability refers to the ability of military equipment or groups to operate in conjunction with each other.

Chief of the Kenya Defence Forces Robert Kibochi said this on Sunday evening as he visited the troops operating in the ongoing Multi-Agency Field Training Exercise (FTX).

Kibochi underscored the significance of joint training for mission readiness which is critical to successful operations.

During his two-day visit, Kibochi said the FTX is conducted within a Multi-Agency framework.

Kibochi who was accompanied by Maj Gen Jimson Mutai, Commander Kenya Navy, and other senior officers, was keen to; listen to the troops on what they were learning, unlearning and relearning during the FTX, assess their mission readiness as well as, operational capabilities to address conventional and asymmetric threats.

The FTX has also benefited communities in the Operation Amani Boni area. 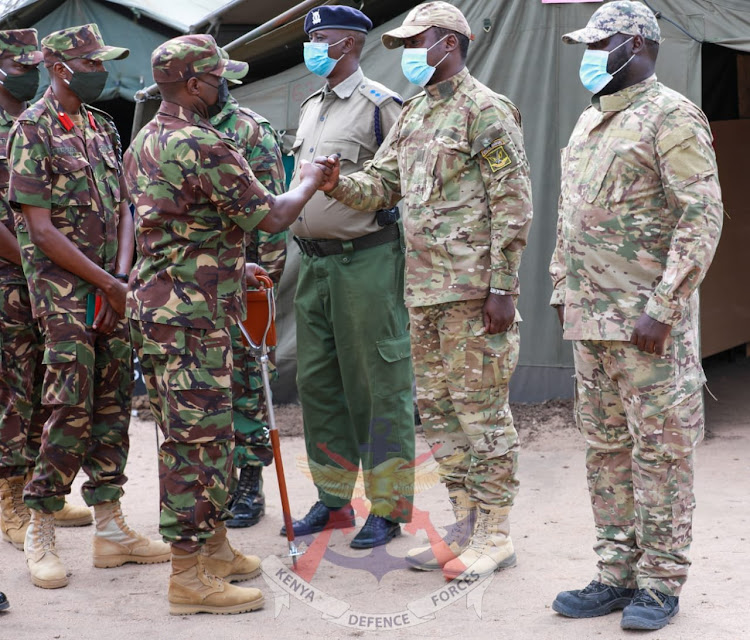 "KDF and other MDA's have engaged locals to identify and deliver on diverse Civil-Military Engagements," Kibochi said.

Even as the multi-agency train for the safety of Kenyans, last week three Kenyans were killed and one injured after al-Shabaab attacked a construction site in Dhobley, Garissa County.

Police said the casual laborers were working when the attack happened. Those killed and injured were all non locals.

According to the Police, the gang behind the attack was out to scare construction workers on various sites in the area.

More security officials have been deployed to the region to tame a gang that is roaming there causing destruction and disruption of businesses.

The terrorists have been targeting security installations in the area in a series of incidents destroying them.