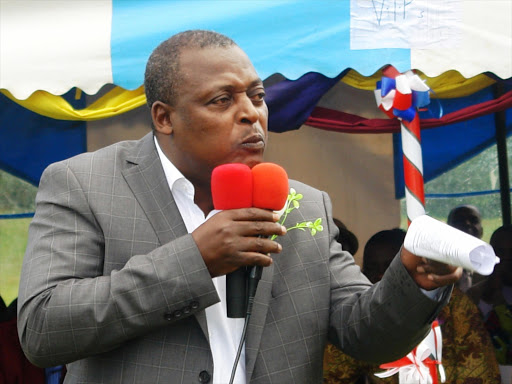 Former Lugari MP Cyrus Jirongo got a reprieve on Friday after the Supreme Court stopped his prosecution over a Sh50 million fraud case that dates back 24 years ago.

A five-judge bench of the apex court quashed the forgery charges citing delays in his prosecution since the process was commenced 24 years ago after the alleged offence was committed.

Jirongo moved to the Supreme Court in 2019 to challenge a ruling that set aside Justice George Odunga’s orders that had quashed the charges against him.

“It is therefore our finding and in agreement with the learned judge of the High Court that the prosecution of Jirongo is in breach of his right to a fair trial as protected by Article 25(C) as read with Article 50 of the Constitution,” the Supreme Court judges said.

The bench led by Deputy Chief Justice Philomena Mwilu faulted the Court of Appeal for setting aside the orders of Justice Odunga that had stopped Jirongo's prosecution.

“The learned Judge of the High Court, in our view, was well within his mandate under Article 165(3)(d)(ii) as read with Article 157(11) of the Constitution to curtail the appellant’s prosecution and the DPP’s powers have not in any way been interfered with, outside the constitutional mandate conferred on the High Court,” judges held.

It was the court’s view that a prosecution was being mounted to aid proof of matters before a civil court or Jirongo’s being charged to compromise pending civil proceedings.

They also said the former MP's business partners who are now complainants in the case should have waited for the civil case to conclude before going towards criminal proceedings 24 years later.

“It is indeed advisable for parties to pursue civil proceedings initially and with firm findings by the civil court on any alleged fraud, proceed to institute criminal proceedings to bring any culprit to book.”

The judges said the Constitution expects that in resolution of disputes, fairness must include promptness of action and inhibition against unreasonable delay.

On the arguments that the case was of public interest, the judges refuted the claims saying "what is in issue is a dispute arising from a commercial transaction 24 years ago, where the complainants have not denied receiving part payment of the purchase price."

“There is hardly any public interest element in such a transaction save the wide interest of the law to apprehend criminals,” they ruled.

According to court records, the dispute arose 30 years ago when the former MP entered a land sale agreement with his former business partners Sammy Kogo and Antoinnette Boit worth Sh20 million.

The disputed land in Upper Hill was registered under Soy Development Ltd and Jirongo is said to have paid Sh10 million for the property and the papers were released to him.

Jirongo later that year used the land to secure a Sh30 million loan from a bank and after he settled the loan in 1992, he used it to secure another loan of Sh50 million.

The dispute arose in 2015 when his former business partners alleged that when he as director of SDL executed a charge on the land which he used to secure an overdraft facility for his company Cyperr Projects International Ltd.

The two also claimed that the charge documents used by Jirongo to charge the property had been fraudulently executed and upon investigations it had been revealed that their signatures had been forged.