Kenya is home to an estimated 2,489 lions

• The population of lions has over the years been decreasing throughout Africa and is currently at 20,000.

• The initiative is part of the ICEA Lions-KWS partnership that began in 2014. 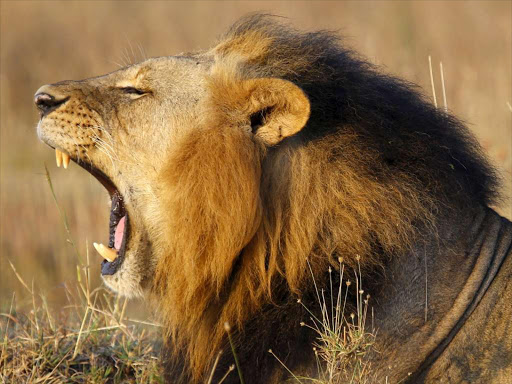 A lion at the Nairobi National Park on March 11, 2013
Image: REUTERS

ICEA Lion has donated equipment worth Sh1.7 million to be used in monitoring and conservation of lions.

The initiative is part of the ICEA Lion-KWS partnership that began in 2014.

The population of lions has over the years been decreasing throughout Africa and is currently at 20,000. An estimated 2,489 lions are in Kenya.

Speaking at the handover ceremony at KWS, ICEA Lion Insurance Holding CEO Caesar Mwangi said protecting lions in the wild is an important part of securing the country's economic future.

“If we know the exact number and location of our wildlife, we will manage them better, create suitable conservation models and reduce human-wildlife conflict," he said.

Mwangi said besides donating the monitoring equipment, they have also supported the animal census financially.

“Our partnership with ICEA Lion, which began in 2016, has received another boost with this donation of equipment to provide a sustainable way for KWS and our conservation partners to continually monitor our lion population even after the nationwide animal census,” Wanyonyi said.

ICEA Lion’s financial and operational support has impacted the formulation and release of the National Recovery and Action Plan for Lion and Spotted Hyena in Kenya (2020-30), which has helped raise the number of lions from 2,000 in 2014 to 2,489 in 2021.