• Nunow regretted that Kenyans with money have in the past been able to “buy” elective positions. 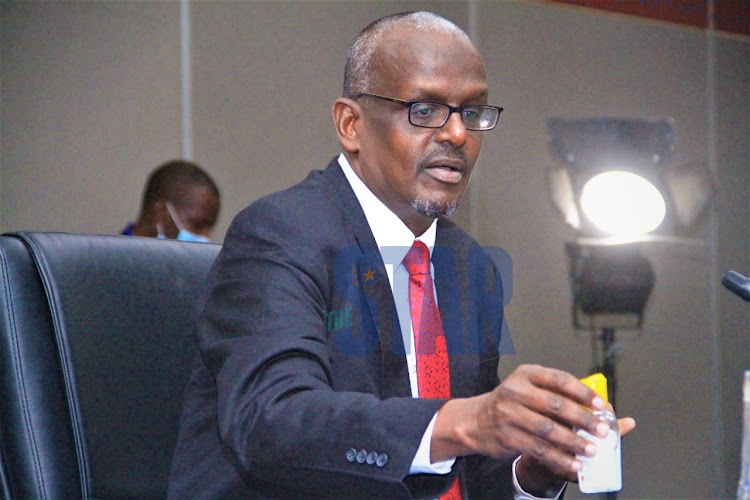 The IEBC should be given the capacity to enforce the Election Campaign Financing Act, 2013, a candidate seeking to be a commissioner at the electoral agency has said.

Speaking when he was interviewed by the selection panel on Wednesday, Abdirizak Nunow said the IEBC should be given powers to bar candidates who violate the rules from participating in elections.

“Those breaking rules should be barred and prosecuted. The Act should be implemented to the letter,” he said.

Nunow regretted that Kenyans with money have in the past been able to “buy” elective positions. 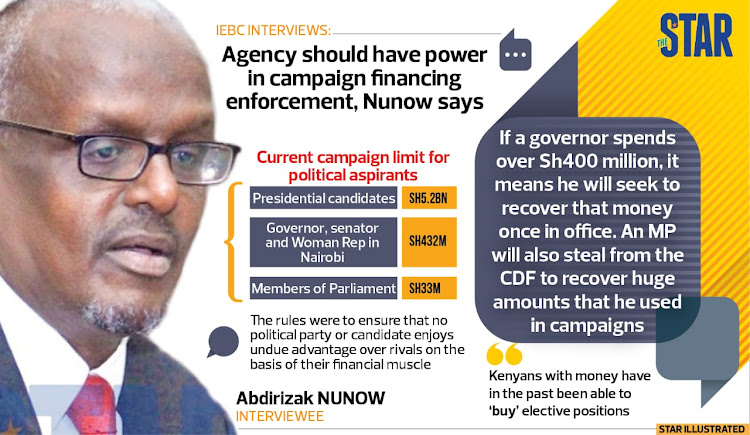 “If a governor spends over Sh400 million, it means he will seek to recover that money once in office. An MP will also steal from the CDF to recover huge amounts that he used in campaigns,” he explained.

Nunow however said it was possible for MPs to suspend the Act since they are interested parties.

“The IEBC is the referee and the politicians are the players, who hold the control. They can still suspend it,” he stated.

In the last General Election, IEBC sought to cap spending for campaigns to Sh15 billion, in a bid to control high spenders who deploy wealth to tilt the playing field.

Presidential candidates were limited to no more than Sh5.2 billion.

The rules were to ensure that no political party or candidate enjoys undue advantage over rivals on the basis of their financial muscle.

Candidates for the gubernatorial, senatorial and Woman Rep seats in Nairobi are not allowed to spend more than Sh432 million each.

Financing for those who will be seeking parliamentary seats was limited at Sh33 million.

All shall be required at registration to open campaign financing bank accounts.
News
1 month ago