•Three candidates had been lined up for the interviews but Abdalla Mohamed withdrew his candidature after Kenya Methodist University said his degree certificate had been forged.

•Elizabeth Muli, the chair of the selection panel, said they wrote to Kenya Methodist University, in a letter dated June 28, seeking verification of Mohamed's bachelor's degree that was allegedly awarded on July  28, 2007. 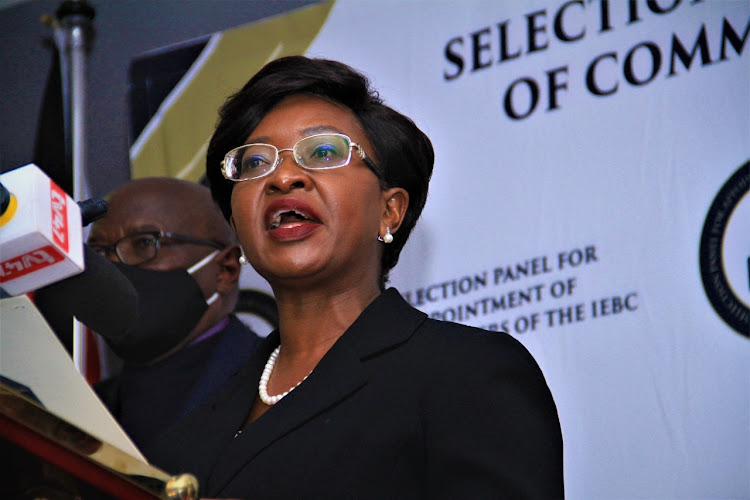 Oral interviews to fill four vacancies at the IEBC started on Wednesday even as the first interviewee pulled out of the race.

Three candidates had been lined up for the interviews but Abdalla Mohamed withdrew his candidature after Kenya Methodist University said his degree certificate had been forged.

Mohammed wrote to the selection panel for the appointment of commissioners to the Independent Electoral and Boundaries Commission on Tuesday withdrawing his candidature.

Muli said KEMU vice-chancellor communicated to them by a letter dated July 1, dismissing Mohamed's claims that he graduated from the institution.

Muli said the panel informed Mohamed of the development on Tuesday, a day before his scheduled oral interview.

She said Mohamed responded on the same day, thanking the selection panel for its correspondence and stating that he would not attend Wednesday's interview at Kenyatta International Convention Centre.

“The selection panel acknowledges and confirms the withdrawal of his candidature,” Muli said 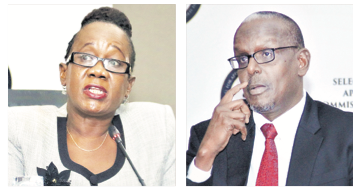 Abdirizak Arale Nunow and Anne Mwikali Kiusya, the two other candidates, were interviewed in the afternoon.

Thirty-two other applicants who were shortlisted for the interviews will appear before the panel between July 8 and 22.

Kiusya, a legal practitioner with experience in electoral laws, told the panel that the Covid-19 pandemic cannot be a ground to postpone elections.

She said Kenya, as the Constitution stipulates, must be at war for elections to be postponed.

“Our laws do not talk about the pandemic as a reason to postpone elections,” she said.

Kiusya said it would be wrong for the President to postpone elections citing the pandemic.

“The President should make pronouncements that are within the law. If he tries to postpone an election, I will insist that we go to the polls,” she said.

Article 102 of the Constitution says Kenya must be at war for the term of Parliament to be extended.

“When Kenya is at war, Parliament may, by resolution supported in each House by at least two-thirds of all the members of the House, from time to time extend the term of Parliament by not more than six months at a time,” the Article says.

The Constitution provides that a general election of MPs shall be held on the second Tuesday in August of every fifth year.

Nunow said IEBC should be given the capacity to enforce the Election Campaign Financing Act, 2013 and be given powers to bar candidates who violate the rules from participating in elections.

“Those breaking rules should be barred and prosecuted. The Act should be implemented,” he said.

He regretted that Kenyans with money have in the past been able to “buy” elective positions.

“If a governor spends over Sh400 million, it means he will seek to recover that money once in office. An MP will also steal from the CDF to recover huge amounts that he used in campaigns,” he explained.

Nunow however said MPs could suspend the Act since they are interested parties.

“The IEBC is the referee and the politicians are the players, who hold the control. They can still suspend it,” he said.

In the 2017 General Election, IEBC sought to cap spending for campaigns at Sh15 billion, in a bid to control high spenders who deploy wealth to tilt the playing field.

Presidential candidates were limited to no more than Sh5.2 billion.

The rules were to ensure that no political party or candidate enjoys an undue advantage over rivals based on their financial muscle.

Candidates for the gubernatorial, senatorial and Woman Rep seats in Nairobi are not allowed to spend more than Sh432 million each.

Financing for those who will be seeking parliamentary seats was limited to Sh33 million.

Nunow said there is an opportunity for the IEBC to build trust with the Kenyan voters.

He explained that the election processes should be made transparent for the agency to earn the trust.

“It is the processes that lead to the election that must be made transparent,” he said

“Also, during the election day, there must be agents representing all candidates who should verify the results at the polling stations are similar with those being transmitted to the tallying centre.”